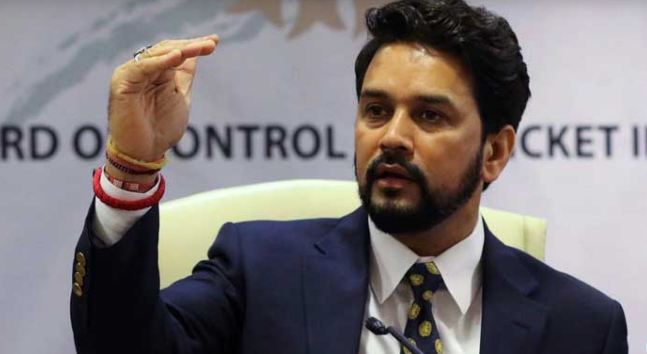 The world s second-most populous nation has previously hosted the Asian Games and the Commonwealth Games, and Thakur told the Times of India newspaper it was the “right time” to host the Olympics.

“If India is making news in every sector, from manufacturing to services, then why not in the field of sports?

“India is looking very seriously at bidding for the 2036 Olympics,” Thakur added.

The International Olympic Committee (IOC) has said it was in preliminary discussions with 10 cities but has not revealed a timeframe for when it plans to award the 2036 edition.

Paris, Los Angeles and Brisbane host the next three Games.

Among potential rivals for the Games are Indonesia and South Korea, as well as Qatar, which hosted this year s FIFA World Cup. Germany is considering whether to launch another Olympic bid despite strong domestic opposition.

Thakur said his government would consult the Indian Olympic Association (IOA) and prepare a roadmap ahead of the IOC session in Mumbai next year.

“The IOC session is a prestigious event for India and whatever steps have to be taken to bid along with the IOA, the government will support them. It has to be a joint preparation.”

New Delhi hosted the Asian Games in 1951 and 1982 and the Commonwealth Games in 2010. Thakur suggested Prime Minister Narendra Modi s home state of Gujarat would be presented as a potential Olympic venue.

“Gujarat has several times expressed interest in hosting the Olympics,” he said. “They have the infrastructure … It s also part of the state government s manifesto to host the Olympics in Gujarat.”