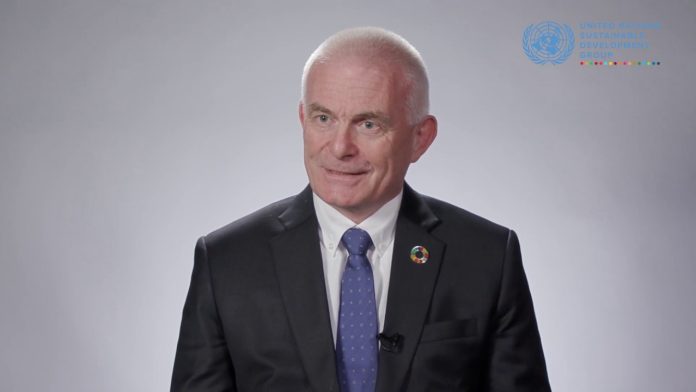 “We estimate that up to around nine million people – additional people – could be pushed into poverty due to the flood impact” Knut Ostby, the UNDP Resident Representative in Pakistan, said in Geneva

“We estimate that up to around nine million people – additional people – could be pushed into poverty due to the flood impact” Knut Ostby, the UNDP Resident Representative in Pakistan, said in Geneva. His remarks were also released at UN Headquarters in New York.

Although the Pakistan flooding was “unprecedented”, it could happen to other countries affected by climate change, Ostby warned.

He said that crops had been lost from the last harvest and from the missed planting season. “Agricultural prices – food prices – are therefore increasing and could push double the amount of people into food insecurity, increasing that number from seven to 14.6 million,” added.

Echoing those concerns, Pakistan’s Permanent Representative to the UN in Geneva, Ambassador Khalil Hashmi, said that some eight million of the 33 million affected by the emergency remain “acutely displaced”, as flood waters have still not receded in some areas.

Among the most urgent needs today, Ambassador Hashmi listed housing, agriculture and livelihoods. “That’s the immediate side of it and that’s the human side of it,” he said, ahead of the high-level conference on Monday in the Swiss city, where Pakistan Prime Minister Shehbaz Sharif and UN Secretary-General Antonio Guterres are set to co-host the event.

Concretely, the aim of the conference is to bring together public and private sectors leaders and generate financial and international support to communities impacted by last year’s devastating floods in Pakistan, and to rehabilitate and rebuild damaged infrastructure in a climate-resilient manner.

Some $16 billion is needed to help the country’s rehabilitation and reconstruction over the long-term. “It’s not just a one-year project,” said Syed Haider Shah, head of UN division in Pakistan’s Ministry of Foreign Affairs, speaking via Zoom from Islamabad. “The needs have been further classified into four strategic recovery objectives: and they deal with the Government’s capacity-building, inclusive reconstruction, gender issues and livelihoods.”

More than 1,700 people were killed in the monsoon flooding disaster, UNDP’s Ostby said, adding that at least two million homes were destroyed and damaged, along with “13,000 or more kilometres of roads, 3,000 kilometres or more of railway tracks, 439 bridges, 4.4 million acres of agricultural land”.

Over one million livestock were also lost, the UNDP official said, adding that because there is still standing water in several areas, “many people cannot get back to their regular livelihoods” and therefore remain reliant on humanitarian assistance”.