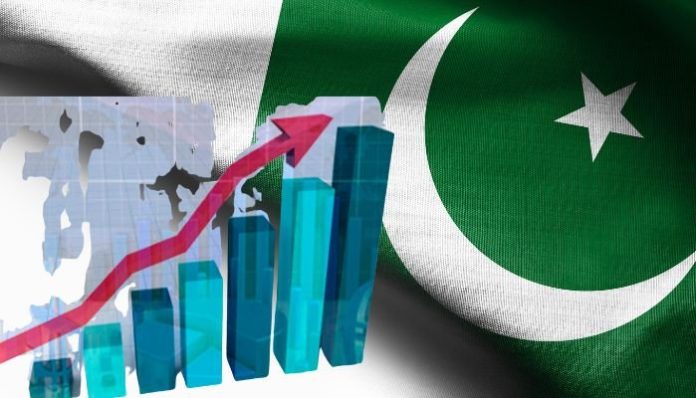 Canst thou, O partial sleep, give thy repose
To the wet sea-boy in an hour so rude;
And in the calmest and most stillest night,
With all appliances and means to boot,
Deny it to a king? Then, happy low, lie down!
Uneasy lies the head that wears a crown.

Political, military, and business leaders should be up at night with intense worry. Pakistan will face intense strategic vulnerability over the next five months, and though there is optimism today that the Pakistani governance ecosystem will be able to enjoy a reset of sorts in November 2022, there is plenty of reason to be skeptical. The nightmare scenario is that today’s vulnerability metastasizes into even more complex challenges owing to the absence of long overdue changes five months from now.

The two sources of vulnerability are the economy and politics. Macroeconomic stability has been wrecked by Russia’s invasion of Ukraine, and Imran Khan’s wildly inappropriate handling of the resulting economic and political challenges. Political stability has been wrecked by the botched process through which the most powerful individuals in Pakistan have helped rid the country of Imran Khan’s irresponsible stewardship of the office of prime minister. The three months since the new government took over have been among the darkest and least inspiring starts to a new regime in memory. Despite the root cause of Pakistan’s troubles today being the continued destructive politics that Imran Khan now seems wedded to, the responsibility for this mess falls to Prime Minister Shahbaz Sharif. Henry IV wasn’t kidding.

The degree to which any Pakistani government could manage the economic challenges faced by the country over the next five months is seriously compromised by the exogenous nature of so many key economic determinants. The price of oil, for example, is out of the control of Pakistani leaders. So too are the supply chain issues that plague global consumption. The US Federal Reserve Bank is increasing interest rates, and there is reasonable consensus that the steep climb upwards will continue as long as inflation plagues ordinary consumers everywhere.

The economic stabilisation playbook that Pakistan has deployed over the last quarter century requires a credible team managing a series of promises made to Riyadh, Abu Dhabi, Beijing and, separately, to the IMF/World Bank. Everyone now expects these promises to be broken as a matter of practice. Imran Khan didn’t write this playbook, but he has added new and compelling chapters that will prove costly not only to the sitting government, but even to him, if by some miracle (like the one that occurred in July 2018) he is delivered back to the Prime Minister’s Office.

The playbook itself is relatively simple. It requires making a series of simultaneous, contradictory, and unkeepable promises to the people of Pakistan (the long-term financiers of the elite’s insatiable appetite for subsidies and whining) and Pakistan’s external partners (the short-term financiers of the Pakistani people’s long-term liabilities). Like people everywhere, the ordinary citizen just wants a break. Life in the Islamic Republic was no picnic in February 2022 – but by July, it is going to be a very hot and sticky dumpster fire.

The government’s budget proposals include an expanded BISP programme, but the rocket fuel for public discourse rage doesn’t come from BISP recipients. It comes from the urban middle class, for whom a rising dollar and rationalised petrol prices generate emergencies at the dinner table, at the children’s school at fee payment time, at the pharmacy and clinics when purchasing essential drugs for an elderly parent’s diabetes, heart disease or even tending to more urgent tertiary care priorities.

Rainfall in mid-June isn’t a guarantor of bad news in July and August, but climate change trends have been clear as day in Pakistan for over a decade. The 2011 floods may be a distant memory for the roughly 20 million new voters that have come of age since then, but every sentient Pakistani knows that even a small surge in rainfall generates urban emergencies in Karachi and in cities across the country. Electricity outages that surged in late May and early June seem to be subsiding, but with uninterrupted electricity comes fast rising per-unit costs for electricity consumption. Everywhere PM Shehbaz Sharif looks, he will find legitimately angry citizens, voters, and taxpayers.

The PML-N machine, badly out of sync with an electorate that is younger than it was in 2008, 2013, and 2018, has still not recovered from the existential shock of being ambushed in the summer of 1998 (Kargil), what to say of the betrayal of the summer of 2014 (Tahirul Qadri and Imran Khan’s dharnas). Meanwhile, the PPP’s chairperson thought it was clever and funny to welcome a divided country in a serious crisis (and with a median age of 23) back to “purana Pakistan”.

Parties and institutions stuck in the bitterness of the past will not be able to sweeten the present or future. Imran Khan’s loyalists are a shrinking and rarer breed than they were at the start of this crisis. But contempt for traditional politicians isn’t restricted to DHA enclaves and well-manicured expat Imran Khan fans. The gravitational pull of the divisive and destructive populism that the Kaptaan has unleashed is substantial. It is being badly misjudged by those stuck in rooms with the country’s most skilled collection of sycophants.

Left-leaning progressives are sickened by traditional politics’ failure to tackle the challenges of the present. Perhaps even more egregious for them is the traditional politician’s failure to pique the imagination of those who are willing to pay Rs300 per litre for gasoline.In Balochistan, confidence in the country among young-educated Baloch has cratered from an already low starting point. This is manifest in continued recruitment among separatist terror groups at one end, and a surge in popularity for leaders like Hidayatullah in places like Gwadar on the other.

Where have we seen this movie before? There is only one version of it in Manzoor Pashteen in the newly merged districts. In every so-called periphery, there is disquiet and rage. Do Pakistani strategists think that the current back-breaking wave of inflation will make identity-based angst better or worse? What is the track record of the state in how it manages the challenge of fissiparous narratives shaped in a vacuum of public services, clean water, economic opportunity, and the chance to dream in 4K for one’s children?

Complicating all this is the fruit of Soviet and American intervention in Afghanistan. The Islamic Emirate of Afghanistan is curating “talks” with the TTP. Talk of undoing the 25th amendment and the unmerging of the newly merged districts seems impossibly fanciful on the part of the terrorists—but there are plenty of non-terrorists that lick their lips at the notion of reversing amendments to Pakistan’s constitution. Could a reversal of the 25th provide a blueprint for the eventual reversal of the 18th? Overly cynical? Not if we consider the drivers of federalism in Pakistan.

The PTI is still in power in Khyber Pakhtunkhwa and already, there are rumblings about the way Islamabad is dealing with its residual responsibilities in the newly merged districts of erstwhile Fata. The agreeable manner in which the Sindh government managed relations with Islamabad from 2018 to 2022 will not be repeated by Pakhtunkhwa – Imran Khan has simply gone too far down the road of being the bull in the Pak-China shop. It is likely that PTI leaders in the only province they control are already under pressure for not flexing that muscle of federalist resistance more robustly. How long after that, will the first whispers of PML-N ministers wondering about revisiting the 18th Amendment emerge? For the record, PML-N leaders have publicly spoken of the need for a revisit of the National Finance Commission (NFC) at least as far back as 2017.

What surprises will an organically scheming and unhappy set of coalition partners and a downright livid PTI-led opposition spring on Prime Minister Shehbaz Sharif as he tries to steady the ship? It isn’t easy to predict, but the TLP’s showing in a Karachi by-election was no fluke, and no case of ballot stuffing. TLP protests are largely blacked out, but they have been mobilizing, possibly testing their cadres’ resistance to the record heat waves Pakistan has endured in recent weeks. What does a fully realised and inspired TLP do to a political discourse already ripe with destructive possibility? And all the while, November 2022 beckons.