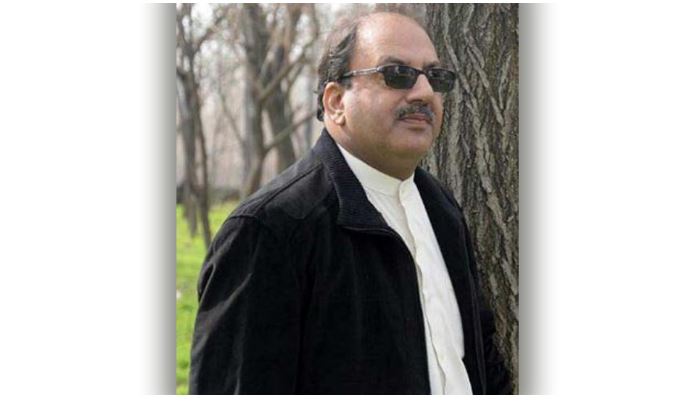 The collective value of projects under the auspicious of CPEC is more than US$ 62 Million. The initiative intends to further improve the Pakistan’s economy by enhancing its infrastructure including modern transportation networks, energy projects and special economic zones across Pakistan.

During a visit to Rashkai Special Economic Zone (RSEZ) Prime Minister Shahbaz Sharif once again mentioned about the Sino-Pakistan Relations and consider CPEC as a fruit of these time tested relations for the prosperity of Pakistan.

According to PM:”We would like to engage Chinese companies to provide expertise and experience to manage other new economic zones in Pakistan,”

Therefore the second phase of CPEC will comprised regional cooperation and industrialization through establishing industrial zones.

Through that zone Pakistan’s skilled and semi-skilled labor was comparatively cheaper and the joint venture of Chinese technology and Pakistan’s labor and investment would help the two countries make production at competitive rates and export their products to other countries.

The first phase of CPEC featured road and energy projects to meet Pakistan’s power needs that transformed friendly relations into unique ones where people-to-people contacts had seen a new phase. On other hand in the form of CPEC, Pakistan had been the first beneficiary of the Belt and Road Initiative (BRI).

Same like that KPEZDMC and CRBC teams briefed the economic zone on the development work, the marketing strategy adopted to promote the zone, the enterprises currently operating, and the new businesses in the zone of The Rashkai Special Economic Zone on the side of the zone is a preferential special economic zone of 1000 acres under the CPEC framework.

After completion it will provide 200,000 direct and indirect jobs to local people with an expected investment of US 4 billion. Fifteen businesses have already allotted industrial plots with an investment of PKR 78 Billion.

The Prime Minister also visited under construction site of Enterprise M / S Century Steel at RSEZ with a total area of 20 acres and will work in Phase 1 next year with an annual production of 0.5 million tones and 3 phases on its completion.

On full operations, its annual production will reach 1.5 million tons. It has hoped that under the supervision of Prime Minister, all the projects of CPEC will be complete soon and will improve the economic condition of the country.

As a living example of Sino-Pakistan Friendship CPEC will its vital role in new & re developing sea port, airport, hospital school & communities in Gwadar area to overcome energy crises energy production projects like coal, wind, hydro power and solar power will complete and the improvement in Road & highways along with Railways and Aviation Connectivity.

It is admirable that the Prime Minister of Pakistan Shahbaz Sharif has reiterated his commitment that Pakistan will complete all the projects of CPEC in any circumstance.

The Prime Minister said that Pakistan would continue its efforts for economic development and peace in the region with China.

The CPEC is being call as the Silk Road of the modern age, which is why the eyes of the whole world fixed on this great project of the century. The completion of which will give the China easy access to the hot waters of Gwadar. This project will bring economic revolution in Pakistan.

The history of economic cooperation between China and Pakistan is as old as its friendship. Diplomatic relations between Pakistan and China established in May 1951.Pakistan was amongst the first countries to recognize China’s new government since the founding of the People’s Republic in October 1949.

Over the last 71 years, Sino-Pakistan relations have grown exponentially. These include economic co-operation increased trade and investment, co-operation in defense, culture, agriculture, industry and energy and regional and global challenges.

China extended its hand for friendship and close relations with Pakistan at a time when relations between Pakistan and India were tense due to Kashmir issue in 1951 and the Indian government abruptly cut off the supply of coal to Pakistan.

At a difficult time, China supplied coal to Pakistan in an attempt to harm Pakistan’s economy. Despite being a member of the anti-communist and anti-communist defense pacts SEATO and CENTO, Pakistan supported the restoration of China’s legitimacy in the United Nations and voted in favor of China at every annual session of the General Assembly.

The most notable example of this is the CPEC, which launched in April 2015 during the visit of Chinese President Xi Jinping to Pakistan by signing a bilateral agreement.

CPEC is one of the most important projects of the BRI, a large-scale project of China, which includes rail, road and pipeline from Kashgar to the Pakistani port of Gwadar on the coast along the Arabian Sea.

The construction of a trade route consisting of lines will help not only China but also West and Central Asian countries to access the markets of the Indian Ocean and surrounding countries through Pakistan for their import and export trade. It has based on a bilateral agreement between Pakistan and China, which will initially complete 46 billion worth of Chinese infrastructure and energy generation projects.

The first phase of the project has completed and the second phase has begun. In the second phase, agricultural, industrial, educational and scientific development in Pakistan will promote with the cooperation of China. Chinese Prime Minister Li Keqiang visited Pakistan in May 2013.

The most notable example of economic cooperation is the CPEC. For example, in 2002, the volume of bilateral trade between Pakistan and China was only US 1. 1.3 Billion, but in 2018 it reached US 12 12.7 billion. The second phase of the Free Trade Agreement (FTA) between Pakistan and China was signed during Prime Minister Imran Khan’s visit to China in April last year.