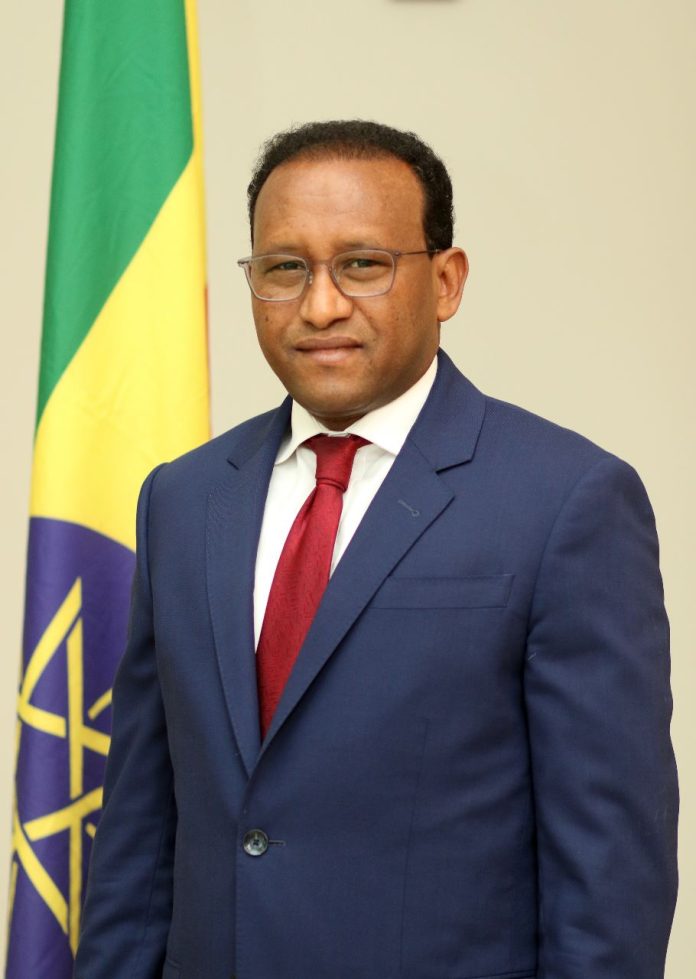 ISLAMABAD: Ethiopian Ambassador Extraordinary and Plenipotentiary to the Islamic Republic of Pakistan H.E. Jemal Beker Abdula has said that the permanent end to two-year conflict in Tigray region under the peace accord, signed between the Governmentof Ethiopian and Tigray Peoples Liberation Front (TPLF) on Wednesday 02 November 2022 would usher in a new era of development and prosperity by ensuring lasting peace in Ethiopia.

He told the media on Thursday that it was a victory for the people of Ethiopia as the two-year conflict in Tigray region had finally come to an end. We are committed to peace and our government will play its part in implementing the agreement

The envoy said all the stakeholders were required to show collective resolve to Implement the landmark agreement as it was high time to keep this tragic period behind us for future of Ethiopia which had vast potential to emerge as a modern prosperous nation.

He believed that a political solution was only way forward to keep Ethiopia harmoniousand unified in diversity, adding his government takes pride in making it possible under the leadership of Prime Minister Abiy Ahmed.

H.E. Jemal Beker extended gratitude to African Union Commission and the AU High Representative for the Horn of Africa H.E. Olusegun Obasanjo, former President of Nigeria and his team members for achieving the feat. He also thanked the Government of South Africa and its nation for hosting the peace talks and commitment to achieve this ground breaking success.

He expressed gratitude for the brave members of the Ethiopian National Defense Force and the people for their resilience and courage during the trying times.

Highlighting the objectives of the agreements, the envoy said the parties to the accord had agreed to a “permanent cessation of hostilities” to ensure a conducive environment for laying the foundation of sustainable peace.

He said the accord’s salient features also included restoration of the Constitutional order across the country, implementation of political solutions for the political problems, provision of a framework to address matters arising out of the conflict and their accountability, reconciliation and rehabilitation of social bonds, commitment to address the underlying political differences and formulation of a framework for monitoring and verification of its (accord) implementation.

He said the parties to the accord would be bound to respect territorial integrity, sovereignty, human rights, democratic and constitutional norms and above all the unity of the Federal Democratic Republic of Ethiopia.

H.E. Jemal Beker said unhindered access to the all-in need of humanitarian assistance, the use of humanitarian aid for humanitarian purposes, and respect for the African Charter of Democracy, elections and governance were also among the other provisions of agreement.

He said under the agreement, the permanent cessation of hostilities would not only be limited to ending the armed aggression but also required cessation of all forms of hostile propaganda, rhetoric and hate speech.

H.E. Jemal also expressed gratitude for the people of friendly countries who stood by the Ethiopian nation and extended unwavering support for ensuring peace, sovereignty and territorial integrity of Ethiopia which opened a new chapter in ensuring Ethiopia’s stability and prosperity.

The ambassador said it has been agreed in the agreement to restore the federal authority in the Tigray region including control of the federal institutions and agencies by the Ethiopian government.

He said the agreement was a major breakthrough which would help the current Ethiopian government in carrying out the reforms crucial to transform the country into a modern prosperous state.