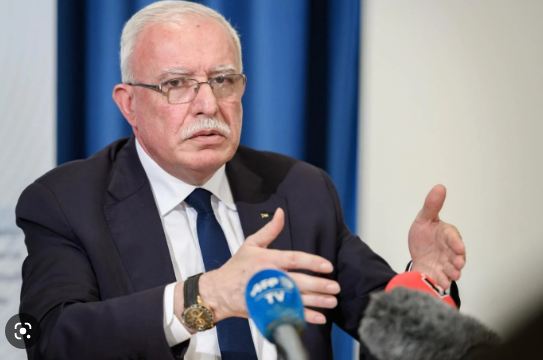 RAMALLAH: Minister of Foreign Affairs and Expatriates, Riyad Al-Malki, said, “We are studying legal and political steps to respond to the actions of the Israeli occupation government against our Palestinian people, due to the State of Palestine’s resort to the International Court of Justice.”

Al-Maliki affirmed in statements to the “Voice of Palestine” radio station, today, Sunday, that the occupation’s measures violate international law, and come in response to a natural right that the law provides to the State of Palestine, to get rid of the decades-long occupation.

He said, “We will call, in a letter to foreign ministries around the world, to take a clear position on these measures, so that the occupying power realizes that it is not completely free to act as it pleases.”

He explained that work is continuing to build an international public opinion against the occupying power and its racist regime after exposing its crimes before the countries of the world.