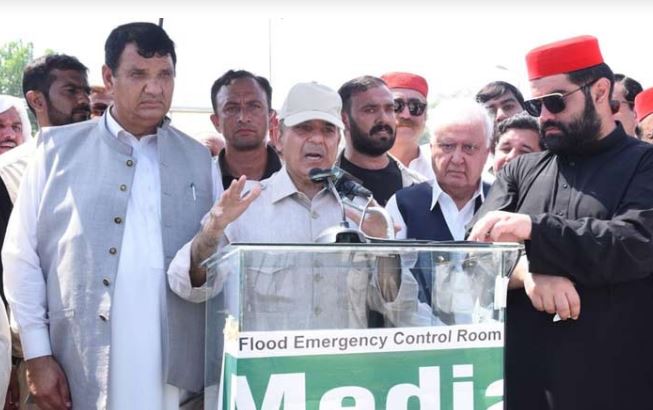 CHARSADDA – Prime Minister Shehbaz Sharif here Monday said all flood victims in the country, including Khyber Pakthunkhwa, would receive cash assistance of Rs 25,000 each through the Benazir Income Support Programme by September 3.

The distribution of cash assistance among the flood-hit people was underway in all the provinces, including Sindh and Balochistan, as the federal government had allocated Rs 28 billion for the purpose, he said while talking to the flood victims here at the relief camps.

The prime minister said Rs one million each would be provided to the heirs of deceased.

Shehbaz Sharif said the federal government had provided funds of Rs 15 billion to Sindh and Rs10 billion to Balcohistan, while the special grant for the KP flood victims would be announced soon.

He said some 242 people lost their lives in flood related incidents in the KP, with millions of houses either damaged or destroyed. His government would continue its efforts till the rehabilitation of the last affectee, he vowed.

The prime minister said all important necessary items, including food, water and medicines were being provided to the flood victims in the camps.

Shehbaz Sharif mingled with the flood victims and showed his affection with the children inside their tents. He inquired about their health and also offered Fateha for their loved ones who had lost their lives in floods.

He heard the problems of flood victims and issued directives for their resolution.

The prime minister also distributed compensation cheques among the flood affectees on the occasion.