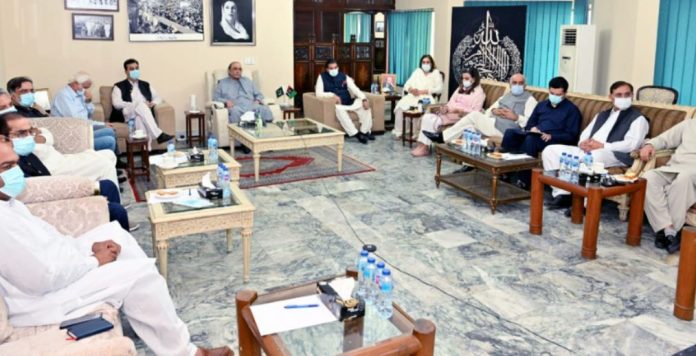 ISLAMABAD: PPP Chairman Bilawal Bhutto Zardari on Saturday said that all decisions related to terrorism, including those connected to ongoing talks with the banned Tehreek-i-Taliban Pakistan (TTP), must be made by parliament.

Bilawal, who is also the foreign minister and has mentioned on several occasions that he has been personally affected by terrorism, said the party would reach out to its allies to build a consensus on the way forward.

“PPP held a high-level meeting to discuss the issue of terrorism, particularly in light of recent developments in Afghanistan, with the TTA (Tehreek-i-Taliban Afghanistan) & TTP. PPP believes that all decisions must be taken by parliament,” he tweeted.

Akhundzada Chattan was also a part of the Pakistani tribal delegation that flew to Kabul to join negotiations early this month.

The Afghan Taliban’s interim government is facilitating peace talks between Islamabad and the TTP whose leadership is already in Kabul.

Last month, the government and the TTP had agreed to extend a ceasefire, this time, indefinitely and continue negotiations to find an end to the nearly two decades of militancy in the tribal border region.