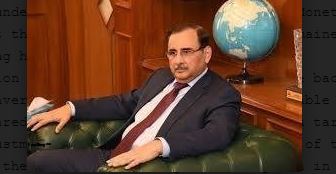 ISLAMABAD, /DNA/ -The Federation of Pakistan Chambers of Commerce and Industry’s Businessmen Panel (BMP) has warned that a food crisis could be imminent followed by the floods, which have caused widespread devastation, calling the world to work with the government to mobilize resources for immediate response to support the country’s relief efforts.

Presently, country needs billions grant to support the government of Pakistan’s emergency relief efforts amid widespread floods across the country.

We require teams to also help assess the damage caused by floods to draw up plans to support longer term rehabilitation efforts and strengthen communities’ climate resilience, he said.

Heavy rains across Pakistan have triggered flash floods, landslides, and glacial lake outbursts. In July, the country received more than 60 percent of average annual monsoon rainfall in just three weeks. Over 30 million people are estimated to have been affected by the floods with more than 1100 deaths reported while almost half a million people are currently in relief camps. Pakistan has been ravaged by torrential rains resulting in flash floods from north to south, causing large-scale infrastructure damage, as 20% of the sugarcane crop in Sindh has been damaged, which makes up 10% of the entire country’s sugarcane production, he said. More than half of Sindh’s onion and tomato crop has been destroyed and 80% of the rice crop has also been destroyed, which will adversely affect farmers in the province.

He said that over 800,000 livestock perished due to floods, mostly in Balochistan.

He said that already inflation rate in August has jumped to a 47-years-high level of 27.3% due to the government’s decision to increase prices of electricity and fuel, as it burdens consumers of the petrol even more than what is required under a deal with the International Monetary Fund. Quoting the Pakistan Bureau of Statistics he said that the year-on-year inflation rate remained at 27.3% in August, the highest rate since May of 1975 when the reading had been recorded at 27.8%.

Transport group inflation rate was recorded over 63% on the back of petrol prices that saw an 84% increase, followed by one-third average increase in prices of perishable food items. The cost of electricity also went up by 123% in August compared to a year ago due to increase in tariffs on account of annual tariff adjustment and monthly fuel price adjustment, severely hitting the budget of the middle-income group.

The adverse impacts of the floods and consequent disruption in food supplies will be visible in the inflation reading for the month of September, which may push the rate far higher than that of August.

He said that Pakistan has been facing a boom-and-bust cycle every now and then. The country’s taxation system is import-based, as 52% of the collection is through ports in customs duties, sales tax etc.