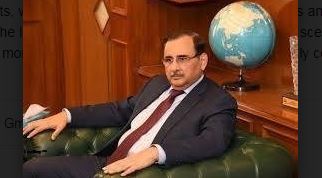 ISLAMABAD: /DNA/ – Despite the resumption of the IMF program, the country is still suffering from a serious dollar shortage crisis, as the rupee has cumulatively fallen by more than 4 percent against the greenback during this week, aggravating macroeconomic indicators amidst catastrophic flooding in Pakistan.

This was stated by FPCCI former president and BMP Chairman Mian Anjum Nisar, warning that the fear of default is not yet over, however, it has been averted in the near-term while the medium-term risk still persisted, as the cost of damage caused by the floods has surpassed the IMF loan disbursement.

He said though the IMF program is finally back, yet the confidence of the investors is not restored, as the economic concerns in the mind of market participants have not ended due to multiple reasons. He said that the sorrows of the trade and industry in terms of high inflation, loss in employment, and lower profitability is not easing despite the restoration of the IMF program, as the electricity concession for the exporters has been withdrawn while petroleum levy on petrol and diesel have to be increased to Rs50/liter by Jan 2023, and perhaps, after that, the next step is to impose GST.

The BMP Chairman noted that like the rise in imports, remittances and exports did not increase to the required amount, thus, causing a disruption in the supply-demand position of the dollar.

He said that Pakistan’s foreign exchange reserves rose above $8 billion, reverting the threats of default that could have led to spillover into an economic crisis after the government managed to secure a much-needed loan from the International Monetary Fund. On September 2, the foreign currency reserves held by the SBP were recorded at $8,79 million, up $1.166 million compared with $7,69 on Aug 26. The central bank cited the receipt of $1,166 million from the IMF under the EFF program as a major reason behind the increase in reserves after nearly four weeks.

In spite of that the rupee persisted in losing its value for the sixth straight session against the US dollar at the end of the week, as the country continues to suffer an economic hit caused by heavy floods.

The local currency closed at 228.18 after losing 2.76 in the interbank market, down in value from previous close of 225.42 when it lost Rs2, while in open market rupee is hovering at around Rs234 per dollar. Pakistan’s currency has cumulatively fallen by Rs9.21against the greenback since this week’s trade began and is seemingly on the same pattern that was witnessed two months back — when the local unit hit 239.37 on July 28.

Mian Anjum Nisar said the pressure on the rupee is due to a shortage of dollars in the market as there is a higher demand for the greenback after the government scrapped the ban imposed on the import of luxury goods.

Apart from these, the dollar’s strengthening globally is also leading to the greenback’s appreciation against the rupee. The US dollar, which compares the value of the dollar to six important rival currencies, increased 0.04% to 109.73 after peaking at 110.79, a level not seen since June 2002.

Other factors causing the rupee’s depreciation include political unpredictability, decline in investor confidence in the economy, higher foreign exchange requirements due to flood-related expenses, a backlog of letters of credit payments, and increased Afghan trade, and slower inflows.

Now in the wake of severe floods, the initially estimated losses have accumulated in the range of $18 billion while Pakistan’s agriculture sector faces the worst blow. The agriculture growth might remain zero or slide into negative against the envisaged target of 3.9% for the current financial year 2022-23. The worst performance of the agriculture sector will put pressure on increased demand for commodities imports and if Pakistan fails to generate desired levels of dollar inflows it might create food shortages in the current fiscal year.

It is estimated that Pakistan will have to import additional cotton worth $2 billion during the ongoing fiscal year because it witnessed severe damages in the wake of flash floods affecting those areas of Sindh where the cotton production was destroyed completely.

The greatest floods, which have hit the economy in decades, are likely to cause a slowdown in economic growth. The widespread deluge has damaged standing cotton and rice harvests, which would also reduce the country’s exports and widen the current account deficit.

He said that the resumption of the IMF loan program did allay concerns about a scenario that would have been difficult to handle in the near future, and gave rise to hopes of unlocking money from other multilateral lenders and friendly countries.