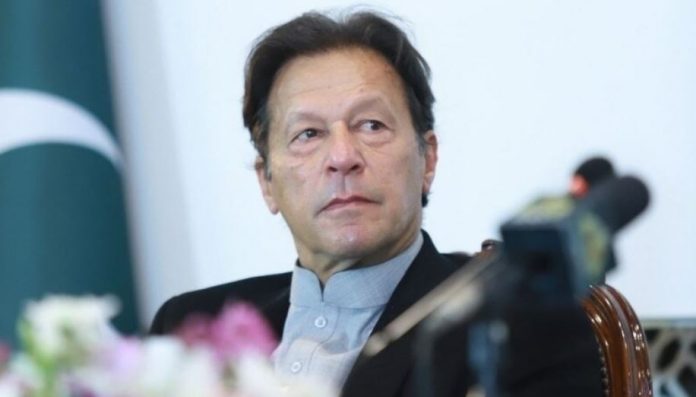 ISLAMABAD, OCT 7: Another alleged audio of former prime minister Imran Khan was released on Friday, the latest in a series of leaks from the Prime Minister’s Office, purportedly featuring the PTI chief talking about horse-trading in parliament.

In the audio recording, a voice believed to be Imran’s says: “You have a misunderstanding that now the number game is complete […] don’t think this is over.”

“You see, 48 hours is a long long time. Big things are happening. I am making my own moves that we can’t make public,” Imran purportedly says.

The PTI chief allegedly goes on to say that he “is buying five”.

“I have given the message that those five are very important. And tell them that if they secure these five […] and if he secures 10, then the game will be in our hands. The nation at this moment is alarmed. Across the board, people want us to win somehow.

“Hence, don’t worry about whether this is right or wrong […] even if they break one, it would create a huge difference,” the voice, believed to be Imran’s, adds.

The audio clip released on Friday is the third such featuring the PTI chairman. Last week, an audio clip purportedly revealed a conversation between Imran and then principal secretary Azam Khan about the cipher — shared by Asad Majeed, the then envoy to the US — which Imran has used to peddle his foreign conspiracy narrative.

In the clip, the former prime minister allegedly tells Azam to “play up” the cipher and turn it into a foreign plot to oust his government but adds that there is no need to name any country.

A day later, another clip surfaced — supposedly a continuation of the conversation in the previous recording — purportedly featuring PTI leaders Asad Umar and Shah Mahmood Qureshi discussing the “foreign conspiracy” cipher with the former premier and ex-principal secretary.

PTI leader Fawad Chaudhry on Friday did not disavow the contents of the latest audio clip but said that “everyone knows where and how the audios are being made”.

In a tweet, the former minister asked: “By joining voices such as these will you prove NRO 2 to be valid?”