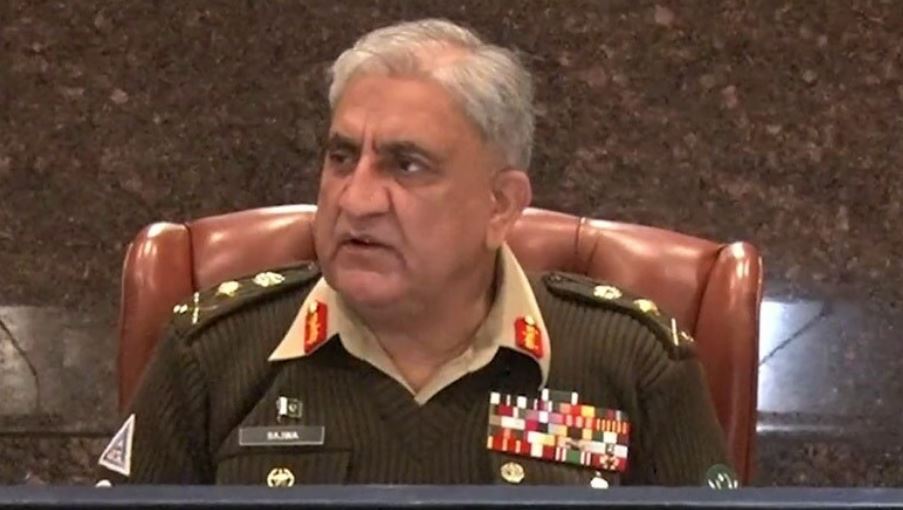 Sialkot: The Pakistan Army’s top brass on Wednesday took notice of the lynching of Sri Lankan factory manager Priyantha Kumara by a mob in Sialkot, pledging “zero tolerance” for the elements involved in the ghastly killing, the military’s media wing said.

The resolution in this regard was expressed during the 245th Corps Commanders Conference chaired by Army Chief Gen Qamar Javed Bajwa at the GHQ.

During the two-day huddle, the commanders reviewed the global, regional and domestic security milieu, according to an Inter-Services Public Relations (ISPR) statement.Discussing the “heinous” lynching in Sialkot, the “forum unequivocally affirmed zero tolerance for such elements so as to eradicate extremism and terrorism from the country”, the press release added.

A mob comprising hundreds of protestors, including the employees of the factory Kumara was the manager of, had tortured him to death and later burnt his body over blasphemy allegations on Friday.

A first information report was registered against 900 workers of Rajco Industries on the application of Uggoki Station House Officer (SHO) Armaghan Maqt under Sections 302, 297, 201, 427, 431, 157, 149 of the Pakistan Penal Code and 7 and 11WW of the Anti-Terrorism Act.

More than 130 suspects have been arrested so far, including 26 who played a “central role” in the brutal killing.

The remains of the expat factory manager were repatriated to Colombo on Monday, and authorities in Sri Lanka have asked for the culprits to be punished for the “brutal and fatal attack”.

During the conference, the army chief expressed satisfaction over security measures taken along the borders, and emphasised maintaining a “high vigil to guard against any threat”, according to the ISPR.

Referring to the “brewing humanitarian crisis” in Afghanistan, Gen Bajwa said continuous support and timely international humanitarian assistance were imperative for Afghanistan’s peace and prosperity as well as the stability of the region at large.

Expressing satisfaction over ongoing training activities in the army, the army chief said an “objective evaluation of doctrine and training is necessary to evolve and meet emerging challenges in a technology-driven future battlefield”, the ISPR said.