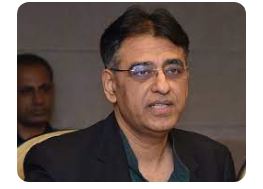 The Election Commission of Pakistan (ECP) on Tuesday heard from stakeholders on holding the local government polls on December 31 following directions from the Islamabad High Court (IHC).

However, he remained hopeful that the court would take a decision that is beneficial for the residents of the capital city. Addressing a press conference on Tuesday over the delays in local government polls, and the stance adopted by the Pakistan Democratic Movement (PDM) on postponing the polls, Umar said that they are still contesting the matter in court.

He added that ultimately, the apex court will decide who would be mayor and deputy mayor of the federal capital by giving the date for local body elections in the city.

“Now they are going to court to request the court to increase the number of union councils,” he chuckled.

“It is nothing but another tactic to to run away from the electoral process,” he claimed, suggesting that the PDM knew they would not be able to secure the requisite number of votes and end up with egg on their face during elections.

He said that they (PDM) know about the victory of PTI in the local government election after a report from the Intelligence Bureau (IB) and tried to postpone the election by knocking on the door of the court.

Earlier, the PML-N had submitted an application to the IHC, urging it to delay the LG polls after the government had hastily passed a law to increase the number of union councils in the federal capital in line with the increase in population.

This would require a fresh exercise of delimitation. Former Attorney General Ashtar Ausaf told the court that the Islamabad administration had recommended increasing the number of UCs because of an increase in the federal capital’s population since the last census.

The last census had shown that the population of the federal capital had more than doubled from some 800,000 in 1998 to just over 2 million in 2017. After listening to all the parties in this case the ECP announced to postpone the local government elections in Islamabad. = DNA