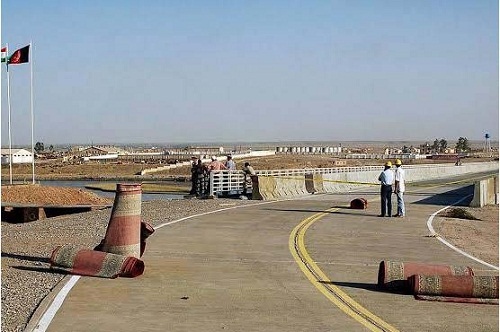 Gwadar Port, once a small fishermen village has gained much attention worldwide since 2002 when Gwadar Port was inaugurated by Wu Bangguo, the Chinese Vice-Premier. Soon after that, the port went through metamorphic development work. Especially since formal inauguration of CPEC, there have been proposed and started several development projects for Gwadar Port. But unfortunately, despite all tall claims of changing the destiny of Balochistan in particular and Pakistan in general through transforming Gwadar Port, many development projects related with the port have actually been halted at certain stages or slowed down largely causing a stir in provincial leadership and the people of Balochistan. Gwadar Port as the starting point of CPEC has emerged as the most questioned part of the project due to it coming up as not fully-functional till the end of the year 2020 which is the concluding time of phase one of CPEC.

Commercial seaports are the core resource of not only national economy; but defense and territorial security, inter and multi-model transportation conjunctions, and last but not the least by any means, the commercial diplomacy of littoral countries or island-states. Fully functional seaports are the key to extensive and sustainable economic development. Even in the modern world of technological advancements and evolving economic strategies, the port industry is a substantial national resource which can act as an employment provider/facilitator at different levels, and is trusted to run the national economy unrestricted. It is the most significant seam that abuts different transportation modes too.

Pakistan is a country blessed with a naturally deep sea across its coastline by and large. The country has three ports currently, Karachi Port and Port Qasim which are fully functional, though not as per their full capacity individually, mainly as feeder ports but have been used as transit ports too; whereas Gwadar Port is the third deep sea port of Pakistan which is considered a transit port that has not yet been able to function fully. The partial operational capacity is believed to be mere ceremonial due to some serious flaws in the policy making and preferences, and value chain which need to be identified for determining the reasons of poor or slow functioning of Gwadar Port.

Gwadar Port is the one which is key port to CPEC. Since April 2015 when CPEC was inaugurated, there have been surfacing many questions regarding pace and success or failure of CPEC and its related projects by political parties, provincial governments, and the people of Balochistan and other provinces from where these routes have to pass through as part of the main corridor. If the reasons for Gwadar Port’s poor operational capabilities are to be discussed, the argument can be established in the four aspects as per substantive analysis, i.e., technical, political, socioeconomic, and security.

The technical aspect includes a number of reasons like inadequate value chain due to lack of visionary approach; tunnel vision about intermodal and multimodal transportation and its link with port structure and related infrastructure; lack of advanced mechanized setup for customs clearance of the cargo particularly due to no or slow internet; and no spending on the port development under CPEC. Therefore, the fundamental requirements for basic port structure like construction of more berths and another breakwater as per plan, and even dredging of the previously constructed berths could not be done in these years. Now the draft has decreased significantly by 11 meters from 14 meters and if dredging would further be delayed, that could harm the ships reaching at the berths. The tender/bid for both projects was processed in September 2020 but the project has not been started as yet. Likewise, Gwadar Port is yet to see active liquid and dry terminals. This is affecting the value chain badly as even after many years the port has not become fully functional. Another issue affecting the value chain is a lack of modern-day transportation based on intermodal/multimodal connectivity, i.e., containerized shipping, port terminals, road and railroad links for connectivity with hinterland terminals which are important for transit trade, and airports. So far, Gwadar city has one airport with limited operational capability, but the road and rail infrastructure supporting intermodal transport has not yet been established fully. On the other hand, the project of Eastbay Expressway has not yet been completed leaving a big question mark at the infrastructure building of Gwadar Port. Other connecting roads like the one connecting Turbat to the coastal highway is still far behind from completion, and due to being late start, it could not be fetching the benefits of early harvest of CPEC.

The political reasons behind stalled progress of Gwadar Port are complex. There seems a lack of political will to work on development plans under CPEC for which Gwadar Port carries the status of gateway. Notwithstanding the vociferous political statements by the previous government/s, Gwadar port in particular and Balochistan in general have not been given their rightful share of the projects. Despite Gwadar being the initiating point of CPEC which is a development project worth billions of dollars, no project has been designed for it even after five years. The financial volume of CPEC is more than $50 billion but Balochsitan’s share in this is merely 1%, which depicts the behavior of the quarters concerned towards Gwadar and Balochsitan. The first phase (2015-2020) of CPEC was based on development of road infrastructure and other communication networks that work as enablers for later phases of the project, but Gwadar remained deprived of such projects as well. Even political input from Balochistan was not included till 2018. The issue of polarization too seems getting strong significantly, and the divide and political differences present within the society are making things grave; whereas the bureaucracies there too are making things difficult to handle. There are issues of inefficient working of some of the bureaucratic offices which is a major discouraging factor for smooth running of development projects. Even the officials about whom that had been decided mutually by federal and provincial governments to be sitting in sub-offices at Gwadar for four months to facilitate the smooth execution of CPEC projects including Gwadar Port and its ancillary facilities are not found sitting in these sub-offices showing nonseriousness towards the commitment. Politically motivated priorities of the previous government have directed/influenced CPEC’s first phase mainly towards energy projects to overcome power shortages in the industrial zones of other regions instead of Gwadar Port.

The socioeconomic reasons are one of the most ignored areas which have been causing mutual distrust and polarization within society. Despite the fact that people are the core focus of all policies, planning for Gwadar Port as well as CPEC appears to have not been focused on the local population and their concerns, and ground realities due to which Balochistan felt ignored in the policy making. The people of Balochistan, especially from the coastline, find themselves in disconnect from the process of policy decision-making. Intrinsically, these areas have been underdeveloped. The communities living in Balochistan belong to different ethnicities with certain mindsets, ideologies and customs. The policies meant for these areas need to be structured by keeping their grievances and concerns in view, and to make them feel part of the decision making process, thus giving them a sense of inclusiveness. It was for the first time in 2019 when the federal government made the provincial government a direct part of policymaking and valued their feedback and input, but it will take time to repair the damage done to the mutual trust levels. The socioeconomic grievance which later transform into political extremes can be mitigated through speedy work on SEZs and establishing industries to make them direct beneficiary as well as stakeholder to the development projects.

Last but not least are the security reasons which have hindered functioning of Gwadar Port since its establishment in the year 2002; and then inauguration of CPEC in 2015 has brought a new wave of security challenges to the region. The threats and even attempts to attack these development projects by declaring them unjust for Baloch people have become a serious concern for the state agencies. There has been a number of reasons behind these increased security concerns including involvement of other regional actors with certain agendas like destabilizing Balochistan to halt the progress under different political or socioeconomic plans. In some of the cases, the external actors do utilize natives with certain inclinations and fund them to create law and order situation in the region. This is resulting in precarious conditions for the development projects undergoing in different areas of Balochistan. The security concerns are the most discouraging factor to deter potential international investors and need to be resolved as primary requirement along with provision of utilities like electricity, potable water, gas, and stable high speed internet connectivity, and social services like health, education, and waste management.

A multipronged coherent approach to deal with the delays in the development work is the only key to get benefits from Gwadar Port and CPEC and to enter into the second phase of CPEC which will start focusing on business to business and people to people contacts and establishment of businesses and entrepreneurships.

[1]Dr. Maliha Zeba Khan is working as assistant professor at Department of International Relations of National University of Modern Languages (NUML), Islamabad. Her areas of expertise are maritime affairs and politics, and Blue Economy. She is also a Non-Resident Research Fellow (NRF) for maritime policy studies at the Institute of Policy Studies (IPS), Islamabad.

[2] Naufil Shahrukh is general manager (operations) at the Institute of Policy Studies (IPS) and secretary-general of Maritime Study Forum (MSF), Islamabad. He is a published researcher on the perceptions of coastal communities of Balochistan vis-à-vis CPEC. Shahrukh is also a former journalist and communications professional.