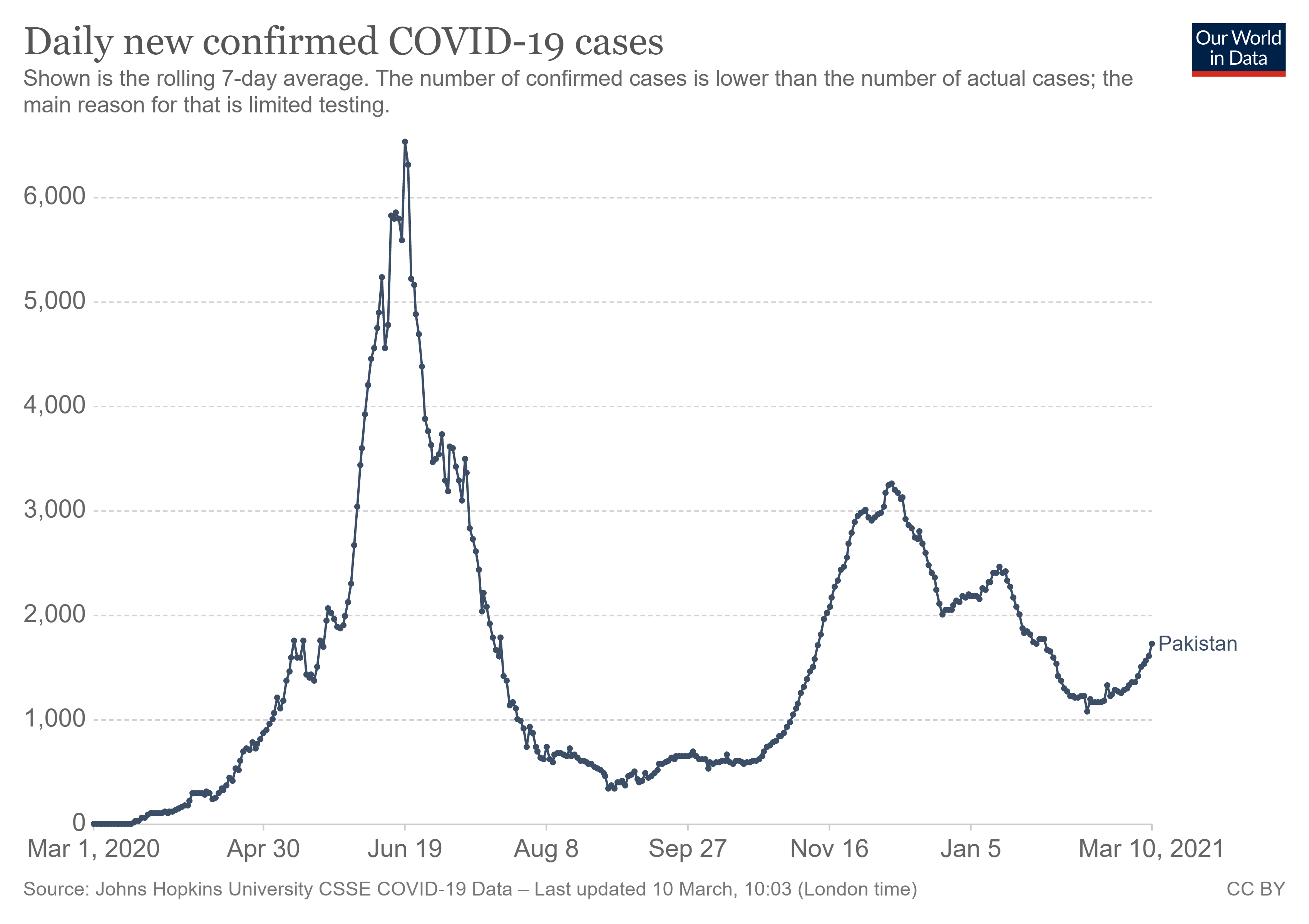 FAISALABAD, Jun 23:COVID-19 cases witnessed a decline in Faisalabad as only five cases were reported in the past 24 hours in the district.

According to the health department spokesperson, 260 coronavirus tests were conducted in public and private sector labs during the period.

He further said that total active cases in Faisalabad were reduced to 212 while 20,299 patients had so far recovered from the disease. He said that 339 beds were allocated at the Allied Hospital, 133 at the DHQ Hospital and 150 at Government General Hospital Ghulam Muhammad Abad for COVID-19 patients. At present, 52 patients were under treatment at the Allied Hospital, 17 at DHQ Hospital and 4 were admitted to General Hospital.

He further said that 108 confirmed patients were isolated at their homes in the district. It is worth mentioning here that no COVID-19 related death was reported in the district in past 24 hours.