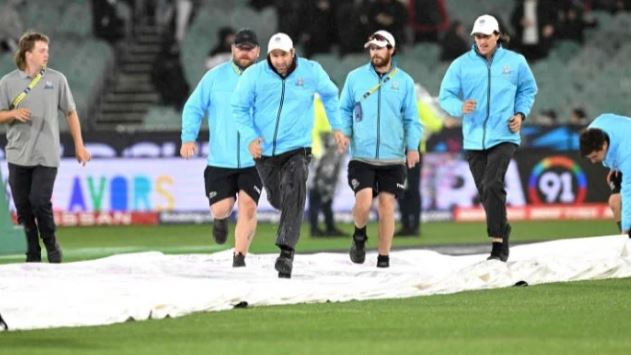 MELBOURNE: The T20 World Cup clash between champions Australia and England was abandoned without a ball bowled due to rain on Friday, leaving both teams’ semi-finals hopes hanging in the balance and disappointed fans booing at the Melbourne Cricket Ground.

With the Ireland-Afghanistan match also washed out at the venue earlier on, England emerged from a miserable day at second in Group 1 among a logjam of teams on three points.

New Zealand, with a game in hand, lead the group on run-rate ahead of third-placed Ireland and fourth-placed Australia, but the Black Caps can break clear with victory over Sri Lanka in Sydney on Saturday.

With the top two sides advancing to the semis, none of England, Australia or Ireland can afford to lose another match in a tournament in which four out of 14 Super 12 games to date have been lost to rain.