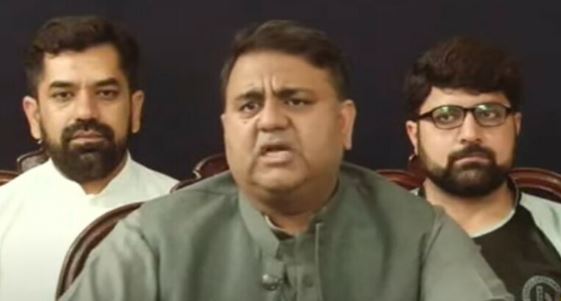 ISLAMABAD: Pakistan Tehreek-e-Insaf (PTI) Senior Vice President Fawad Chaudhary lashed out at the imported government and said that the authorities seemed so terrified of the dead body of Arshad Sharif because they were constantly changing location of the ambulance as if he would stand up.

In a statement on Wednesday, Fawad Chaudhary said that late at night, he was waiting for the dead body of Arshad Sharif at the airport but the authorities were constantly changing location of the ambulance so as the people could not gather there.

He said that it seemed that the authorities were so scared of the corpse of Arshad Sharif, as they were not only making films but also repeatedly changing location of the ambulance so that people did not gather there.

Fawad Chaudhary went on to say that the fear was reflected on their faces.