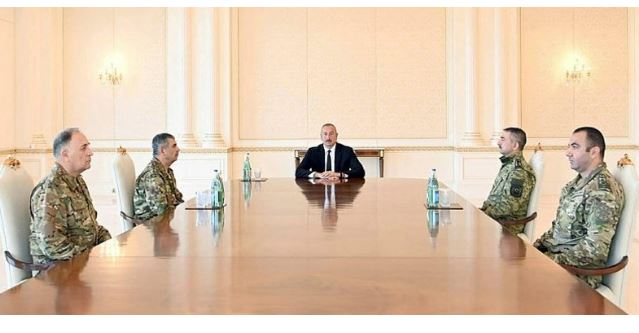 BAKU: Azerbaijan on Tuesday accused Armenian forces of breaching a Russia-brokered ceasefire aimed at ending the worst flare-up in fighting between the arch-foes in years.

Armenia announced that nearly 50 of its soldiers had been killed in the fighting overnight — the worst flare-up in a decades-old simmering conflict since their brief but brutal war in 2020.

Russia said it had brokered a ceasefire between the warring parties that brought several hours of relative calm, but Azerbaijan later accused Armenian forces of “intensely” violating the agreement.

“Despite the declaration of a ceasefire since 09:00 (0600 GMT), Armenia is intensively violating the ceasefire along the border by using artillery and other heavy weapons,” Azerbaijan’s defence ministry said in a statement.

United States Secretary of State Antony Blinken on Tuesday called the leaders of both protagonists, with his spokesman saying Washington would “push for an immediate halt to fighting and a peace settlement” between the neighbours.

The fighting was the worst since the end of a 2020 war between the ex-Soviet republics over the contested Nagorno-Karabakh region that left more than 6,500 killed on both sides.

Azerbaijan said it has also suffered casualties, with 50 soldiers being killed.

Türkiye, for its part, blamed Armenia and urged it instead to “focus on peace negotiations”.

Iran, which shares a border with both countries, urged “restraint” and a “peaceful resolution” to the fighting.

The European Union and the UN expressed concerns over the escalation and called for an end to the fighting.

Before the ceasefire was announced, Armenia’s security council asked for military help from Moscow, which is obligated under a treaty to defend Armenia in the event of foreign invasion.