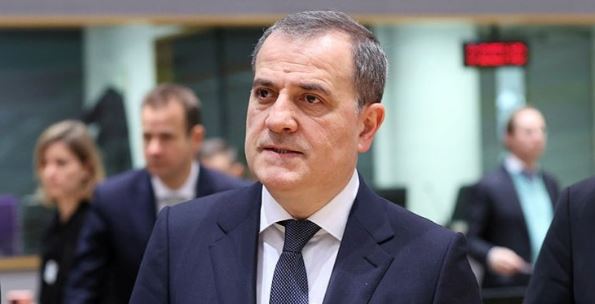 “Armenia continues to fail to fulfill its obligations in all three main areas of interstate normalization, that is, the signing of a peace treaty, the delimitation of borders and the opening of regional communications,” Bayramov said at the foreign ministers meeting of the EU’s European Partnership initiative in the Belgian capital Brussels.

Bayramov said that the progress achieved in bilateral talks remains limited despite their increasing dynamism.

Saying that the next stage of negotiations between Baku and Yerevan will take place in the coming weeks, Bayramov noted: “Bilateral negotiations have started on the text of the peace treaty, which will be one of the important outcomes of the Brussels meeting on August 31.”

Bayramov also commented on the topic of ethnic Armenians living in Azerbaijan, saying that Baku intends to reintegrate citizens of Armenian origin living in liberated lands into society by ensuring they have “the same rights and freedoms as all Azerbaijani citizens.”

“The role of certain third parties in promoting Armenia’s vengeful behavior is also of serious concern, as it encourages Armenia to intensify its military provocations and belligerent rhetoric,” he added.

Relations between the two former Soviet republics of Armenia and Azerbaijan have been tense since 1991, when the Armenian military occupied Nagorno-Karabakh, a territory internationally recognized as part of Azerbaijan, and seven adjacent regions-Lachin, Kalbajar, Agdam, Fuzuli, Jabrayil, Qubadli, and Zangilan.

In the fall of 2020, in 44 days of clashes, Baku liberated several cities, villages, and settlements from Armenian occupation.