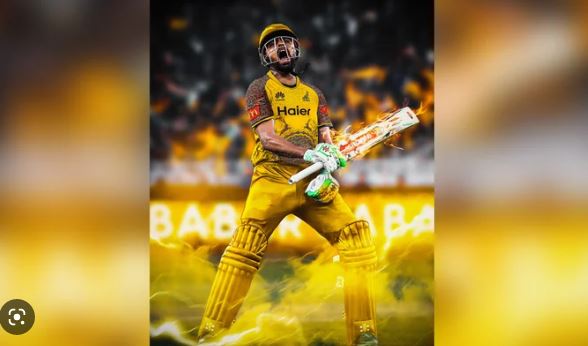 LAHORE: /DNA/ – Pakistan all-format captain and the most successful batter in the history of the tournament, Babar Azam, will don Peshawar Zalmi colours in the eighth edition of the HBL Pakistan Super League.

In one of the biggest trades of the tournament, 2017 champions Peshawar Zalmi snapped Babar in the Platinum category and the first pick in the supplementary round for Haider Ali and Shoaib Malik who move to Karachi Kings, the winners of the 2020 edition, in Platinum and Diamond categories, respectively, before the trade and retention window closed on Friday evening.

During the trade and retention window, a side can assemble up to eight players before the HBL PSL Player Draft, in which it can increase the squad side to 18 players – three each in Platinum, Diamond and Gold categories, five Silver, two Emerging and up to two Supplementary categories.

Babar Azam, who was at Islamabad United before moving to Karachi Kings, is the only player in Platinum category for Peshawar Zalmi. Wahab Riaz and Sherfane Rutherford are in Diamond, while Mohammad Haris, who has lightened up the ICC Men’s T20 World Cup with his fearless batting, is in Gold. Peshawar Zalmi are the only side to retain seven players.

Haider is Karachi’s only player in the platinum category, while Shoaib joins Imad Wasim and Mohammad Amir in the Diamond. They have retained Sharjeel Khan, Mir Hamza and Aamir Yamin in the Silver category and Qasim Akram in the Emerging.

Lahore Qalandars, the defending champions, have kept retained Shaheen Afridi, their captain, and Rashid Khan in the Platinum category. All-rounder David Wiese stays in Diamond category. While Lahore have retained seven players, they will announce their eighth retention in due course.

Multan Sultans, the winners of the 2021 edition and the finalists in the last one, have retained middle-order batters Khushdil Shah and Rilee Rossouw in Diamond category and Tim David in Gold. Their captain Mohammad Rizwan, the highest run getter in T20 Internationals since the beginning of 2021 and the player of HBL PSL 2021, is their only retention in the Platinum. Fast bowler Shahnawaz Dahani, named Multan Sultans’ Brand Ambassador, he joins David in Gold category.

Islamabad United, the winners of the inaugural and third editions in 2016 and 2018, have retained their captain Shadab Khan in the Platinum category. They have kept two players in the Diamond with Asif Ali being named as the Brand Ambassador and Mohammad Wasim Jnr. Azam Khan, Faheem Ashraf and Hasan Ali will continue with United in Gold.

Quetta Gladiators have retained Mohammad Nawaz, who has been with them since the inaugural edition, in the Platinum. Jason Roy and Iftikhar Ahmed are retained in Diamond category. Their captain Sarfaraz Ahmed and Mohammad Hasnain (Brand Ambassador) are in the Gold category.

As it was last year, each of the six sides will have the Right to Match Card that will allow them to pick any player released from their roster during the draft.