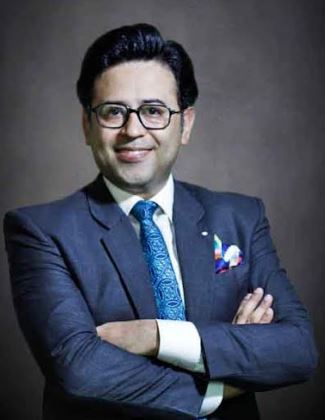 Pakistan is rich in natural resources and this is no exaggeration by any means.  Consider gold and copper for a while. Historically, a substantial quantity of Gold was sent to the Greeks as tax after Alexander came to know about this wealth in our part of the world. But where is the treasure? and answer is: RekoDiq, one of the largest copper and gold mines in the world: having estimated reserves of 5.9 billion tons of ore grading, 0.41% copper and gold reserves amounting to 41.5 million oz. High deposits of Gold and copper is the actual reason of RekoDiq significance, but popularity of RekoDiq is associated with RekoDiq case.Let me give you a context.   An agreement, generally known as CHEJVA (Chagai Hills Exploration Joint Venture Agreement) was signed between Australian mining company BHP Billiton and the government of Balochistan back in 1993. The purpose of agreement was to allow BHP Billiton to explore the existence of copper and gold deposits at the RekoDiq Mine, conduct feasibility study, and later the company would extract copper and gold. BHP Biliton had 75% of share and rest was with the government of Balochistan. In 2000, BHP handed over its contract to another Australian company: Mincor Resources, and one another company TCC (Tethyan Copper Company) procured the project in 2006. Right after TCC took control of the project, a lawsuit was filed in Balochistan high court against the agreement; claiming it to be illegal and contrary to the provisions of Pakistani law. However, the claim was discarded by the High Court and CHEJVA was declared legal and valid, but the ripple did not fadeout.

In 2010, TCC completed the feasibility study and shared the findings with government of Balochistan. Later, in 2011 TCC submitted a Mine Lease Application to receive a formal permission for excavating the copper and gold; as per the agreement.  The lease application by TCC was turned down by the provincial government.  It was realized after almost 2 decades that the agreement conditions are not in favor of the people of Balochistan, therefore Govt. of Balochistan asked to revise the condition, for instance i) performing smelting and refining in Pakistan as opposed to the original agreement where smelting and refining would be done outside Pakistan, ii) increase royalty rates, iii) review financial model, iv) hiring more local population in the project. In fact the then political leadership (today’s PML-N) was not good enough in calculating good negotiations or they must have calculated the transection to their bank accounts well.  However, TCC refused to revise the conditions, took the matter to ICSID (International Centre for Settlement of Investment Disputes); the World Bank Group, and demanded $11.43 billion in damages for such unanticipated and abrupt termination of the agreement.Moreover, in 2013 SCP (Supreme Court of Pakistan) declared the CHEJVA agreement as void, and called it contrary to public policy. SCP further stated that TCC has no legal rights to start excavation in RekoDiq.

In 2017, the ICSID passed a verdict in favor of TCC and approved a legitimate expectation of receiving the mining lease, and found no wrongdoing in CHEJVA. Furthermore, ICSID found that Pakistan had breached Fair and Equitable Treatment(FET)standard, and committed an unlawful expropriation under the Australia-Pakistan Bilateral Investment Treaty (BIT). It is vital to understand that many developing nations are vulnerable to BIT. Big corporates and multinationalbusinesses enjoy all the support and resources, and use international settlement institutions like ICSID to take advantage and unusual benefits. These corporate giants challenge the sovereignty of institutionally weak nations. This monopolistic economic behavior needs to be corrected if we are seriously interested in the growth of the entire globe; otherwise MDGs or SDGs are no more than Machiavellian promises. Getting back to the case, ICSID also overruled dozen allegations of corruption made by the government of Pakistan against TCC. One of a popular case was against former Chief Minister Balochistan; Muhammad Aslam Khan Raisani, having been offered a bribe of $1 million by TCC. Consequently ICSID awarded $6bn in damages to TCC. To enforce the award, TCC approached High Court of Justice in BVI (British Virgin Islands) in 2020, and sought attachment of Pakistani assets belonging to PIAIL (Pakistan International Airlines Investment Ltd): a company which is also incorporated in the British Virgin Islands. BVI high court passed an order to attach some of PIAIL’s assets including Roosevelt Hotel in Manhattan, New York, and Scribe Hotel in Central Paris. By the orders of BVI the assets were frozen.

In December 2020 Pakistan initiated an active negotiating with TCC to reach an out-of-court settlement of the dispute.PM Imran Khan constituted a committee to steer the negotiations that is comprised of: (i) Minister for Finance; (ii) Minister for Law & Justice; (iii) Attorney-General for Pakistan; (iv) Chief Minister of Balochistan; (v) Director General Military Intelligence; and (vi) Any person the Committee wishes to co-opt. As a result of these negotiations in May 2021, BVI unfreeze the PIA assets in RekoDiq award case. There is high possibility of good news soon that the RekoDiq project is going to resume with revised conditions in the best interest of Balochistan and its people. If this happens the present Govt. will have a complete right to claim that they have saved $6 billion damages to be paid from national treasury and reinstated the image of a country among international investors. But what about the people who dragged Pakistan into poorly negotiated agreement. This is vital to the progress of Pakistan that inadequate financial deals particularly with international investors have to be vet thoroughly, because there is no sense in crying over spilt milk.

The writer is an academician, columnist and broadcast journalist. He can be reached at mali.hamza@yahoo.com