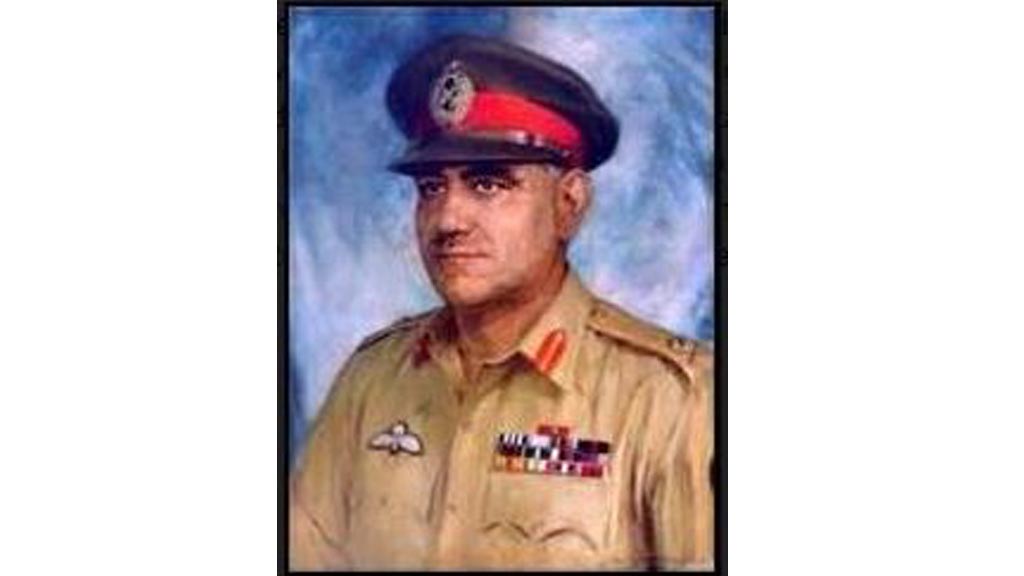 In the 1971 War, Gen Iftikhar Janjua was divisional commander of 23 Infantry Division. He was assigned the task of capturing Chhamb, a strategically important town in Kashmir, which turned out  decisive victory for Pakistan on the Kashmir front of 1971. The fighting around Chhamb was fierce and took toll on both the advancing Pakistani troops and the fiercely resisting Indian regiments.

Although Gen iftikhar Janjua was advised by high command to try to take Chhamb from the south, General Janjua said it was a better to take Mandiala bridge his troops would outflank the Indians eventually forcing them out of Chhamb and all the area west of Tawa.After intense fighting Mandiawala was captured, then Pallanwala and Chak Pandit, and on 9 December 1971, the first Pakistani troops entered the surrounding area around Chhamb under the personal supervision of General iftikhar Janjua.

In the middle of fighting around Chhamb , on 9 December 1971, General Janjua was martyred when his OH-13S (Sioux) light helicopter, in which he was travelling on to coordinate and position his troops, was attacked. His helicopter was shot down by an Indian shoulder-mounted weapon. He was badly burned and evacuated to the Combined Military Hospital Kharian Cantt.

Iftikhar Khan Janjua Road is named after him in Rawalpindi, Cannt.Iftikhar Janjua was a brilliant and charismatic leader who inspired his troops to continue to fight. It was leading from the front for which General Iftikhar Janjua is remembered even today by the troops who served in 23 Division during the Battle of Chhamb. It was this quality which enabled him to arrive at a realistic appraisal of the actual situation without undue reliance on exaggerated reports from lower echelons and successfully take Chhamb