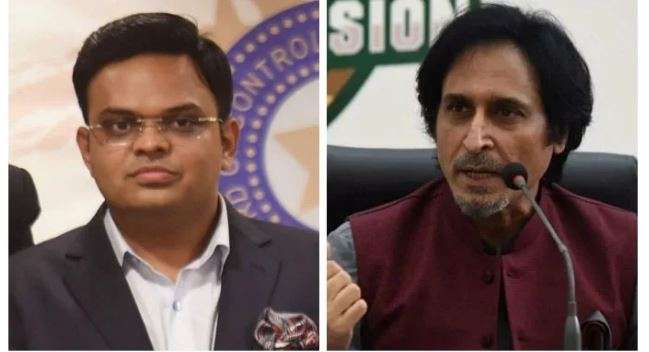 LAHORE: A day after the Indian cricket authorities declined to tour Pakistan for the Asia Cup, the Pakistan Cricket Board (PCB) said that Jay Shah’s statement has the “potential to split” Asian and international cricketing communities.

The PCB expressed disappointment and surprise at the Board of Control for Cricket in India (BCCI) and Asian Cricket Council (ACC) President Jay Shah’s statement on the shifting of the venue for the regional tournament.

“Neutral venue for the Asia Cup is not unprecedented, and we have decided that we will not travel to Pakistan,” Shah said following the 91st annual general meeting of the BCCI on Tuesday, triggering a strong reaction from cricket fans and former players.

In a statement issued today, the PCB said that the comments by the BCCI official were made without any discussion or consultation with the Board of the Asian Cricket Council or the Pakistan Cricket Board (event host) and without any thoughts towards their long-term consequences and implications.

The cricket’s governing body in Pakistan noted that Shah’s shifting of statement for the Asia Cup was unilateral as he had presided over the session in which Pakistan was awarded the rights to host the tournament with an “overwhelming support and response” from the board members.

PCB also noted that the move was “contrary to the philosophy and spirit” for which the Asian Cricket Council was formed in September 1983.

“The overall impact of such statements have the potential to split the Asian and international cricketing communities, and can impact Pakistan’s visit to India for the ICC Cricket World Cup 2023 and future ICC Events in India in the 2024-2031 cycle,” said the PCB.

However, it clarified that it has yet to receive “any official communication or clarification from the ACC” on Shah’s statement. It also said that the board has requested ACC to “convene an emergency meeting” as soon as “practically possible” to discuss the “important and sensitive matter”.

Pakistan and India only meet in global tournaments, the last being the Asia Cup 2022 in Dubai. India last hosted Pakistan in a bilateral series in 2013.

India have not toured Pakistan since 2008 due to strained relations between the two countries.

The last bilateral series between the arch-rivals took place in 2012, when Pakistan toured India for limited-overs matches.

Over the past few years, the two countries have only faced each other in ICC and ACC events.