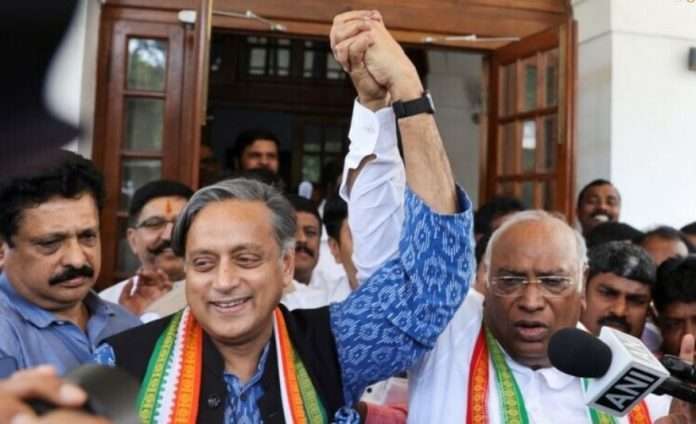 India’s Congress party on Wednesday appointed an octogenarian ex-minister as its first president in 24 years not from the Gandhi dynasty, in an effort to reverse its apparent decline into political oblivion.

Mallikarjun Kharge, 80, was elected by members to replace Sonia Gandhi as president of the once-mighty party that helped win India’s independence from Britain 75 years ago.

The Indian National Congress governed India for decades after independence in 1947 but is now a shadow of its former self, discredited and crushed under the electoral juggernaut of Prime Minister Narendra Modi’s Bharatiya Janata Party (BJP).

The Gandhi family is not related to India’s independence icon Mahatma Gandhi, but descended from the country’s first prime minister Jawaharlal Nehru.

Nehru was the father of prime minister Indira Gandhi, assassinated in 1984.

She was the mother of Rajiv Gandhi, killed by a suicide bomber in 1991.

The party was last in power nationally from 2004 to 2014 under prime minister Manmohan Singh.

The BJP thrashed Congress in the last two elections, with Modi deriding party president Rahul Gandhi — son of Rajiv and Sonia — as an out-of-touch princeling and playboy.

After the latest defeat in 2019, Rahul Gandhi resigned as party president and handed the reins back to his Italian-born mother Sonia, now 75, who was first appointed to the role in 1998.

Kharge, a former railways and labour minister who is from the Dalit community, was born five years before independence and is widely believed to have the backing of both Sonia and Rahul Gandhi.

Rahul Gandhi said on Wednesday that Kharge is now the supreme authority in the party and that he “will decide my role in the party”.

“His vast experience and ideological commitment will serve the party well as he takes on this historic responsibility,” he added on Twitter.

But despite stepping back, Sonia and Rahul Gandhi are expected to continue pulling the strings from behind the scenes.

Kharge, who is four months older than US President Joe Biden, now faces the mammoth challenge of winning the next national election, due in 2024, and three state elections next year.

‘What matters is winning’

Kharge faced off against Shashi Tharoor, 66, a former under-secretary general of the United Nations, who campaigned for “change” in the party.

The successful author has been scathing of British colonialism and said in 2017 that Winston Churchill “has as much blood on his hands as some of the worst genocidal dictators of the 20th century”.

Tharoor conceded defeat on Twitter and said that being Congress president was a “great honour and a huge responsibility”, wishing Kharge “all success in the task”.

The party was reduced to just 53 seats in the 543-member lower house of parliament after the last national election, which was swept by the BJP with 303 seats.

A decision to elect a non-Gandhi president showed that Congress was “weary of criticism from BJP and Modi”, Rasheed Kidwai, a fellow at the Observer Research Foundation and close watcher of the party for years, told.

He added that there was a “fair chance” that Kharge may turn around the party’s fortunes.

“He may be 80 but is in good health and a workaholic. He meets party leaders about state and regional issues. He can provide a healing touch to the party ranks,” Kidwai said.

“But ultimately, in an electoral democracy what matters is winning elections. “