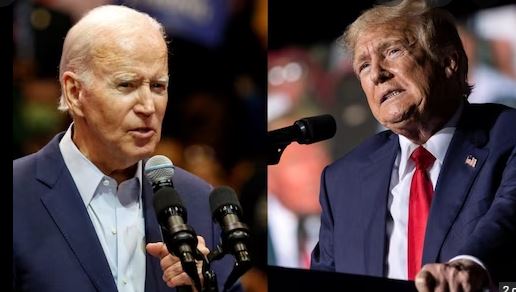 Washington, Nov 7: Democrats and Republicans traded final blows Monday ahead of midterm elections that could upend Joe Biden’s presidency, weaken Western support for Ukraine and even open the door to a comeback attempt by Donald Trump.

More than 40 million ballots have been cast through early voting options, meaning the fate of the world’s biggest economy was already in play, with hours to go before polls open nationwide Tuesday.

Adding to tensions — and a reminder of the international stakes — Kremlin-connected oligarch Yevgeny Prigozhin boasted that Russia was trying to tilt the outcome.

“We interfered, we are interfering and we will interfere… carefully, precisely, surgically and the way we do it, the way we can,” said Prigozhin, a pivotal figure in the Ukraine invasion where his Wagner military contractor group is on the front lines.

Biden, who has framed his closing argument as a warning that American democracy is on the line, was set to close out days of frantic campaigning for Democratic candidates at a rally Monday evening near Baltimore.

Trump, who is using the midterms to repeatedly tease a possible 2024 White House run, was holding a rally in Ohio.

With polls showing Republicans in line to seize the House of Representatives, the increasingly far-right party eyed snarling the rest of Biden’s first term in aggressive investigations and opposition to spending plans.

Kevin McCarthy, who would likely become speaker of the House — placing him second in line to the president — also refused to rule out impeachment proceedings.

“We will never use impeachment for political purposes,” McCarthy told CNN. “That doesn’t mean if something rises to the occasion, it would not be used at any other time.”

One key question remained whether the US Senate would also flip, leaving Biden as little more than a lame duck.

With Congress out of Democrats’ hands, Biden would see his legislative agenda collapse.

That would raise questions over everything from climate crisis policies, which the president will be laying out at the Cop27 conference in Egypt this week, to Ukraine, where Republicans are reluctant to maintain the current rate of US financial and military support.

While insisting he supports Ukraine’s struggle, McCarthy told CNN that there could be no “blank check” — a nod to the isolationist, far-right Trump wing of his party and a signal likely sending shivers through Kyiv.

Just how bad Tuesday goes will also likely determine whether Biden, who turns 80 this month and is the oldest president ever, will seek a second term or step aside, plunging his party into fresh uncertainty.