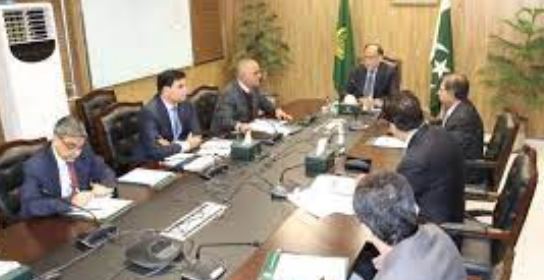 ISLAMABAD, Nov 7 (DNA): Minister for Planning, Development and Special Initiatives Prof Ahsan Iqbal on Monday directed the Pakistan Bureau of Statistics (PBS) to send a fresh summary to the Council of Common Interest and Prime Minister Office with a fresh timeline over the 7th Digital Census 2022.

He made these directions while chairing a meeting to review progress on the 7th Digital Census 2022. The meeting was attended by the Secretary Planning Commission, Chief PBS, Chairman National Database and Registration Authority (NDRA) and other officials.

During the meeting, the minister was apprised about the so far progress on the Census. PBS chief informed the minister that earlier, a summary was submitted after agreement with NADRA for conduct of census w.e.f 15th October 2022 to 15th November 2022.

However, due to delay in opening of  letter of credit due to prevailing economic situation, NADRA was unable to provide tablets and informed that complete 126,000 tablets would be handed over in installments by December 2022 and census ERP(complete software solutions) by 15th October 2022 for testing.

Keeping in view the sensitivity of matter, PBS adjusted the training of master trainers and training of trainers at divisional level in November and December 2022.

However, as training at tehsil level for 120,000 field staff and field work could be initiated before the complete handover of tablets, therefore, after all considerations and running activities in parallel, the timelines had been revised and now the field work would be conducted w.e.f 1st February 2023 to 4th March 2023 and results, after conduct of post enumeration survey, would be handed over to ECP by 30th April 2023 for delimitation purposes.

However, the minister expressed concerns over the extension of the deadline and asked the PBS to urgently intimate the CCI and PM Office due to sensitivity of matter.

He also emphasized that further delay could not be acceptable as the next elections would be based on this census.

The minister also directed PBS to ensure the quality of the training at tehsil level. He advised to include Higher Education Commission and academia to monitor the training at tehsils level as quality training was essential for credible and reliable data. He was of the view that assessment should be done by independent third body.

The PBS chief further informed the planning minister that so far NADRA had handed over 22,000 tables for the census which had been hardened and now ready to dispatch, and the remaining would be handed over soon. He apprised that 21,600 more tablets would reach PBS today [Monday] and would be in hardening process soon.

It was further informed that training of the master trainers would be started from November 28 to December 10, 2022, while self-enumerator would be started from January 15, 2023. The minister directed to expedite the process and strictly adhere to the revised timelines, keeping in view the sensitivity of matter.