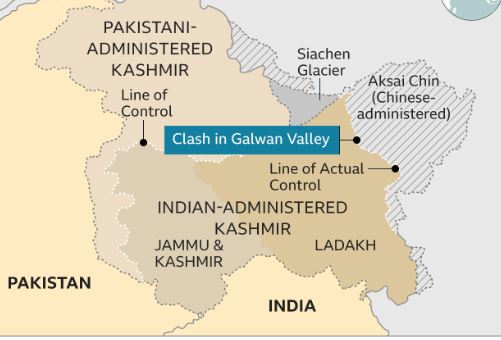 The residents of Lahaul area of Himachal Pradesh claim that the residents of Leh in Ladakh have “intruded” 17 km into Himachal’s territory. They say they have been deprived of their livelihood as Leh residents set up eateries and camping sites at Sarchu every year during the summer. Sarchu is the mid-point between Manali and Leh at 14,000 ft. It is a popular camping site for the tourists travelling to Ladakh.

The boundary dispute had erupted in July 2014 when the IIOJK police set up their post at Sarchu for the visit of Tibetan spiritual leader Dalai Lama to Ladakh. The Himachal government had claimed that the police post was set up inside its territory. In 2019, the Himachal Pradesh Chief Minister Jai Ram Thakur had raised the matter with Indian government, which paid no heed to the issue.

Residents of Lahaul Valley have been mounting pressure on the state to raise the matter with the Indian government again and find a lasting solution.

They say that if the matter continues to hang fire, it can trigger a scuffle between the resident of the two regions.