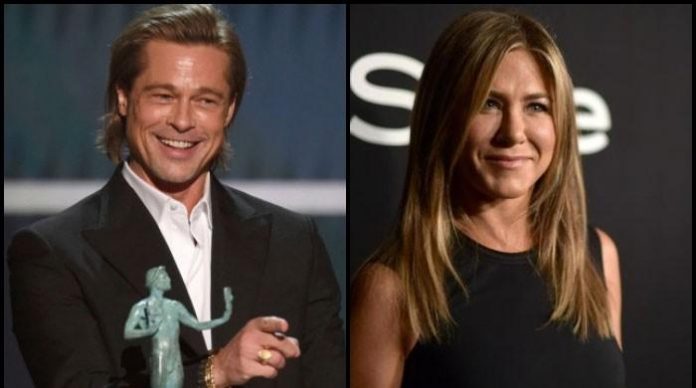 Days after Jennifer Aniston dropped a whopping million dollars for an anti-racism charity in the US, her ex-husband Brad Pitt has now followed suit.

The 57-year-old Fight Club actor has been involved with a charity advancing the cause of African Americans, through his ex-wife.

The report citing a source claimed that Brad will be matching her $1million donation to Color of Change.

“Brad is really involved with the charity because of Jen and said he would match her donation,” said the insider.

“He went to the protests this week and was at her home the day after. They are both very -passionate and want to help as much as they can.”

Earlier, a source revealed to Sunday Mirror that the 51-year-old Friends actor was ‘deeply affected’ by all the racial inequalities still rampant in America.

“Like most people, Jen has been deeply affected by what is going on in America and the terrible injustice that people of colour experience every day,” the insider said.

“She wanted to show her support, and has donated a big sum to the charity she felt resonated with her the most. The link is on her Instagram page so her fans can also donate,” added the source.

Earlier, the actor had expressed her heartbreak at the situation in the US, laying emphasis on the importance for the world to raise their voice against racism and to demand justice.

Sharing a video on her Instagram, Aniston had written: “This week has been heartbreaking for so many reasons. We need to acknowledge that the racism and brutality in this country has been going on for a long time – and it’s NEVER been okay.”