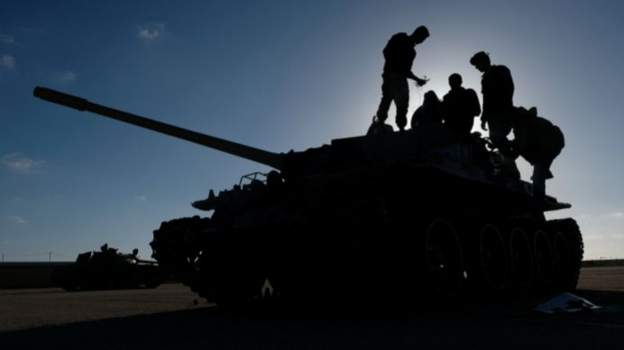 The foreign ministers of Turkey and Russia are expected to discuss efforts to end the fighting in Libya at talks in Istanbul on Sunday.

Ankara and Moscow support opposing sides in the conflict, which has displaced tens of thousands of people since April last year.

Neither has given details as to what exactly will be discussed at the gathering – but there is little doubt that high on the agenda will be the war in Libya, as both parties have significant influence in the conflict.

The Turks support the government based in Libya’s capital, Tripoli.

Russia backs the other side, supporting renegade General Khalifa Haftar – who in recent weeks has suffered a series of major defeats.

The government side has pushed his forces far back into eastern Libya and it may well want to carry on advancing and seizing ground.

But earlier this week, Russia said it shared with Turkey a desire to create conditions for talks and reconciliation.

Perhaps at their meeting in Istanbul, Turkish Foreign Minister Mevlut Cavusoglu and his Russian counterpart Sergei Lavrov will come up with ways of reining in their allies on the ground in Libya, and persuading them to accept a ceasefire.