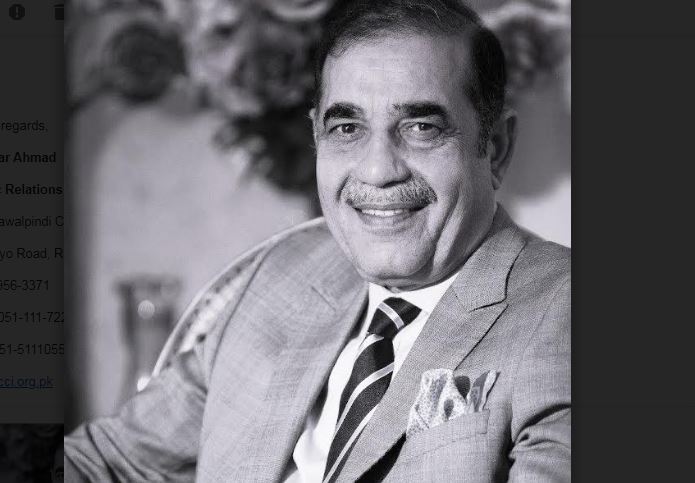 Rawalpindi: /DNA/ – The business community of Pakistan wants continuity of policies. Whenever a new government comes to power, ongoing projects are either closed or postponed. “For the continuation of economic policies, it is important that all political parties agree on the Charter of Economy and make it part of their political manifesto”. These views were expressed by the group leader and former president, Rawalpindi Chamber of Commerce and Industry (RCCI) in a local TV program.

Sohail Altaf said that no doubt all political parties are concerned about the economic situation of the country and have strong desire to bring the economy back on track.

He said that the Rawalpindi Chamber is going to hold a conference in mid-June comprising representatives of all political parties, aiming to bring all the parties to a point for continuity of economic policies.

He expressed hope that all the political parties will sign a consensus document, a memorandum of understanding and follow a single economic manifesto that should be evolved in consultation with the stakeholders. It is in the national interest that if any of these parties comes to power in future, they will be committed to the continuity of policies, he added.

The Rawalpindi Chamber believes that the solution to the current economic crisis is for all political parties to unite on the recovery of the economy and sign a memorandum of understanding, he further added.

Giving protection and confidence to the investors is the responsibility of both the government and the opposition. In order to improve the image of the country, we have to put the national interest first in all circumstances, he said.

Sohail Altaf said that there are only three million filers in a population of 220 million. The Federal Board of Revenue (FBR) will have to find new taxpayers to increase tax collection rather than imposing extra burden on the existing taxpayers, he suggested.