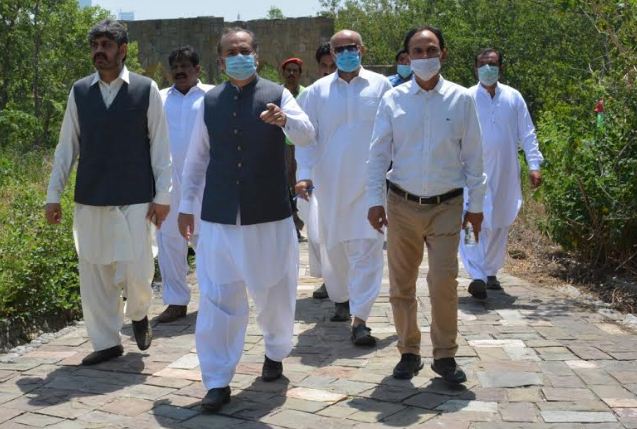 Park would be made a state-of-the-art facility by providing more recreational facilities and completing residual development work at the earliest, he directed.

He said that all available resources would be utilized to make F-9 park, a model park of the city, which is spread over an area of 750 acres.

He directed to authorities concerned to upgrade and uplift the development work of Park before upcoming monsoon season and removed all wild bushes and grass from walking tracks as well. He conveyed his displeasure to the DG  environment and park manager over the incompletion of work They were instructed to esnure that no developed area remained unattended with in next 48 hours failing which disciplinary action would be taken against the responsibles

Chairman CDA also directed the concerned formation to ensure proper lighting system in the park particularly along the jogging and walking tracks.

He directed to install more light poles, plantation of more shady and fruit trees in the park.

He further directed to carry out trimming of existing trees and removal of wild bushes to improve the general look of the park.

He also directed to make the green restaurant of Park functional and tender should be issued soon adding that civic body is committed to provide all basic facilities to its citizens.