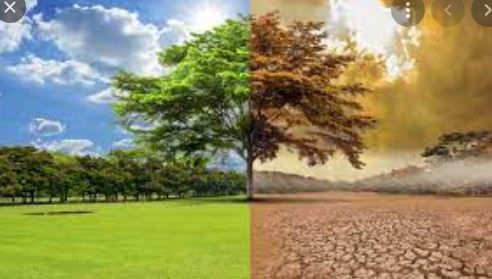 Islamabad: How the climate change is threating the coastal belt of Sindh was the subject under discussion in the webinar organized by the Institute of Regional Studies, Islamabad in collaboration with the Centre of Coastal & Deltaic Studies (CCD), Thatta, and Centre for Environmental Sciences (CES), Jamshoro of University of Sindh.

In his opening remarks President IRS Ambassador Nadeem Riyaz stressed the need to rationalize our approach to deal effectively with the climate challenge so that we could minimize the harmful impacts of environmental changes particularly in the coastal areas of Sindh.

Ms. Aisha Khan, CEO, Civil Society Coalition for Climate Change (CSCCC), has called for a greater understanding of climate change vulnerabilities and their impact on coastal areas. While highlighting the causes of increasing coastal vulnerabilities, she underscored hydrological changes due to global warming as well as the changes in atmospheric pressure that resulted in frequent storms and cyclones, as the leading cause of rapid degradation of coastal belts. The situation is alarming as 10 percent of total population of Sindh is living in the vicinity of coastal areas along with heavy presence of industry that is around 40 percent, said Ms. Khan. Sindh’s coastal areas are more prone to cyclones as compared to Baluchistan, she added. She called for a holistic strategic plan that must include costal land reforms along with other important elements of coastal resilience such as increasing community capacity, and preserving nature.

Dr. Mukhtar Ahmed Mahar, Director at CCD was of the view that climate change has brought a significant change in the coastline morphology of Sindh’s coastal belts. Dr. Mahar added that reduction in sediments, wave activity, rise in the sea level, pollution & over exploitation of coastal resources and wind erosions were causing rapid degeneration of Deltas. He cautioned further decrease in agricultural activities, livestock and fisheries due to increase in sea intrusions which he said would ultimately impact upon the livelihood of the people living in and around the coastal belts. He urged scientific intervention, and enhanced collaboration between the stakeholders to mitigate the adverse of effect of climate change.

Dr. Amanullah, Asst. Professor at CES, apprised the audience that increased in the use of fossil fuels, and the deforestation was primarily causing the environmental changes in Pakistan. Though, country’s share in the rising global greenhouse gas emissions is minimal yet its impact is extremely consequential, he added. Sea intrusions, cyclones and coastal pollution were also echoed by Dr. Amanullah as the leading cause of coastal degradation along with the reduction in environmental flows, and exploitation of coastal resources. In his closing remarks, Dr. Amanullah called for strict compliance of national climate change policy introduced in the year 2012. Also, urged government, and NGOs to join hands for rehabilitation of ‘environmental refugees in Pakistan.