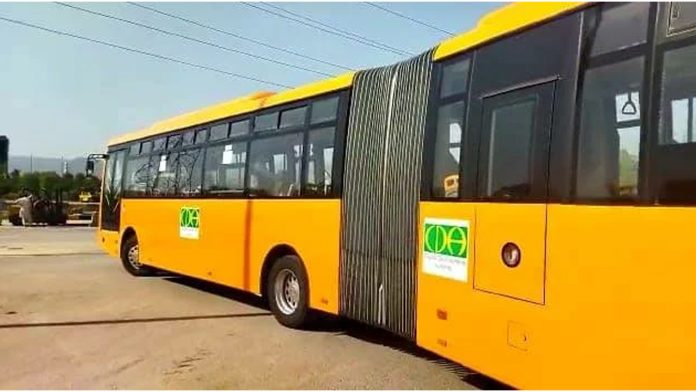 Average daily passenger load for 15 buses has been 11,464 per day ,So per trip 30 passengers per bus.

It was further  apprized that by Average daily usage criterion, faiz Ahmed faiz junction for orange and red line was busiest with 1,746 passengers per day where as police foundation mauve area stop was least used.

Furthermore, highest number of passenger on  any day was 16,000 plus on 23rd May.

It was observered that with passage of time the  ridership is getting stronger on this route .

The capital development authority management observered that it was matter of great satisfaction that large number of people are utilising this facility. It was further hoped that with the launch of  green line and blue line  shortly the connectivity  among the various areas of capital will increase and the number of ridership will increase further. The management expressed their hope that not only this would reduce traffic congestion but would also help in reducing air pollution in the city.

It is pertinent to mention here that Buses are likely to reach islamabad from Karachi by end of this week, in first phase apart from buses for orange line, buses for blue and green line are also reaching Islamabad.