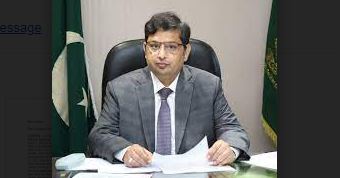 LAHORE: /DNA/ – As the government has halted the entry of several goods in the country through SRO 598 the Pakistan Industrial and Traders Association Front (PIAF) has asked the authorities to provide relaxation till June 15, 2022 to those imported goods which have reached the ports or transaction of which was already done in the international market.

PIAF senior vice chairman Nasir Hameed and vice chairman Javed Siddiqi, in a joint statement issue here on Sunday, observed that the goods which have already been purchased from the international market before the promulgation of SRO 598 should now given be some relief and be allowed the entry into Pakistan till June 15, 2022 regardless of the restrictions of the SRO.

Nasir Hameed said that a huge amount of money has been spent by the Pakistani importers for these goods, so they should be cleared to avoid losses of billions of rupees to importers.

It is to be noted that the importer have called upon the government to withdraw the ban on imports placed vide SRO No.598(1)/2022 dated 19th May 2022 as it would cause great losses to the businesses of many sectors and create more difficulties for the economy. They said that the government has prohibited the import of many important items in US dollars vide said SRO, but the decision has been taken in haste without any consultation with the stakeholders, which was not a wise approach.

PIAF leadership said that this shock measure has created a lot of troubles for the importers who were worried about the future of their business. He said this while addressing a delegation of Consumers Goods Association of Pakistan that called on him and apprised him of the problems due to issuance of SRO No.598.

They stressed that the government should have given time of 2-3 months to such importers so that their stuck-up consignments on foreign ports could be brought to the country. They further said that the ban would reportedly contain an import bill by hardly USD 600 million or less than 5% of projected imports and would have a nominal impact on the total annual imports. However, it will have a great negative impact on the business activities of many sectors. They said that this short-term measure would also further enhance the prices of some food items and put more burden on the common man.

Nasir Hameed said that instead of taking short-term measures to overcome trade and current account deficits, the government should withdraw the said SRO and engage the stakeholders in consultation to devise a future strategy to deal with the balance of payment issue.

The delegation members said that SRO.No.598 would shake the confidence of investors, promote smuggling, cause the closure of import-based businesses and give rise to more unemployment. They said that the manufacturers of many foreign brands were considering setting up their manufacturing units in Pakistan, but the issuance of said SRO has shattered their confidence in investing in Pakistan. They demanded that the government should always consult with the stakeholders before taking such drastic measures as unilateral decisions mostly have a negative impact on the business activities of many sectors.