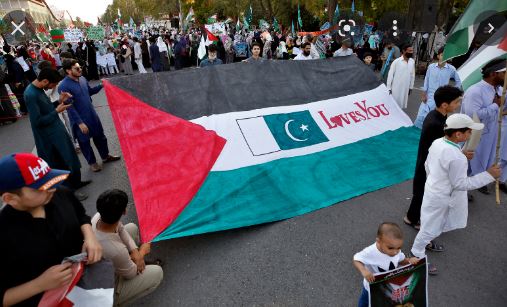 In his speech, Ahmed Jawad Rabi’i, Ambassador of the State of Palestine to Pakistan, stressed that the flag of Palestine is baptized with the blood of thousands of martyrs and wounded and is a symbol of the Palestinian struggle for goodness and independence.In his speech, he valued Pakistan’s historical position in support of the Palestinian people’s struggle for freedom, independence and the establishment of their independent state with Jerusalem as its capital.