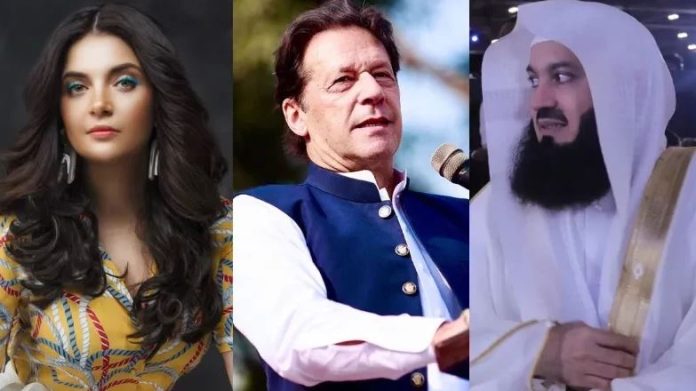 PTI Chairman Imran Khan, Faisal Javed and Ahmed Chattha were injured in an assassination attempt on Thursday evening during the party’s long march in Wazirabad. Imran, the former prime minister, was shot in the leg, according to two party leaders. Celebrities across the country have been sending their prayers to Imran and condemning the attack.

Taking to Twitter, Osman Khalid Butt made a prayer for the entire PTI convoy.Zimbabwean Islamic scholar Mufti Ismail Menk also tweeted, wishing Imran well and a speedy recovery. Singer-actor Haroon Shahid informed his followers that Imran is out of danger and is safe. Actor Adnan Siddiqui wrote that he is “shocked beyond words” and prayed for the speedy recovery of everyone “injured in this violence.” TV show host Fakhr-e-Alam and singer Rohail Hyatt also prayed for their safety.Actor Veena Malik tweeted that the bullets were not fired at Imran but the hearts of 220 million Pakistanis. “Assassination attempt on Imran Khan! heard he is safe but injured,” comedian and actor Arslan Naseer tweeted with a prayer for him.Actor Hira Tareen prayed for Khan’s recovery and said she hopes the culprit is found. Actor Armeena Khan questioned if anyone could get away with this in today’s world and Frieha Altaf sent prayers for the former cricketer.