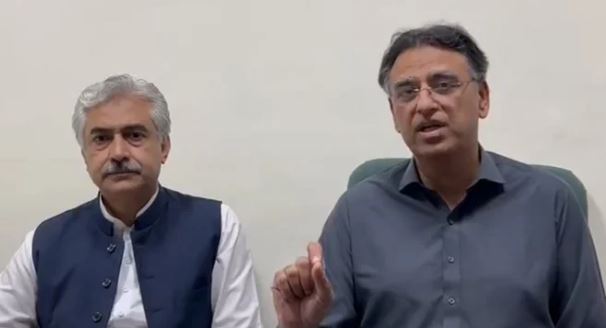 The former prime minister was injured in an assassination attack on him earlier today when a man opened fire at him.

“Imran Khan has said that he had the information beforehand that these people might be involved in the assassination attempt on him,” Umar said during a video statement alongside party leader Mian Aslam Iqbal.

Umar, quoting the PTI chairman, demanded that all three people — the premier, the interior minister, and the senior military officer —
“be removed from their offices.”

The PTI leader added that Khan has warned that if these officials are not removed from their officers, then the party would hold countrywide protests as Pakistan cannot run in this manner anymore.

“If the demands are not met, then all the party’s workers are awaiting Khan’s call, and when he does give that call, then protests will take place across the country.”