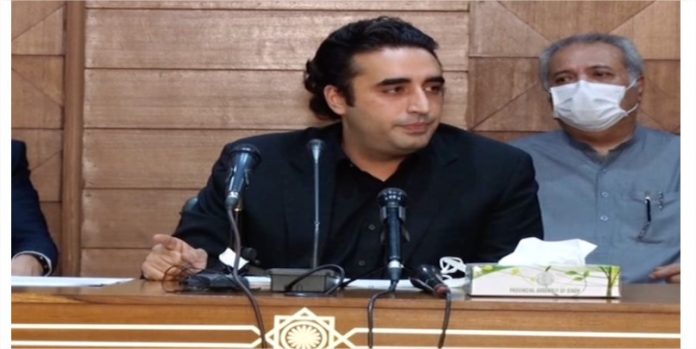 The PPP chairman was speaking at a press conference in Karachi. He said the centre was not assisting in increasing the testing capacity.

Bilawal said they were stressing a further increase in Sindh’s testing capacity.

“The mortality rate in Khyber Pakhtunkhwa is higher than what it is in other provinces,” he said.

“The highest number of people recovered from the virus in Sindh.”

The PPP chairman, however, lamented that the Sindh government was being criticised since the day one.

“Did anyone inquire the PTI why are there so many cases in KP,” he questioned.

Bilawal said hospitals in the country were running out of space. Pakistan now has more cases than China, he noted.

“Doctors, healthcare professionals have been shouting about the gravity of the situation,” he said.

“Listen to the ones who have been risking their own and their families’ lives.”