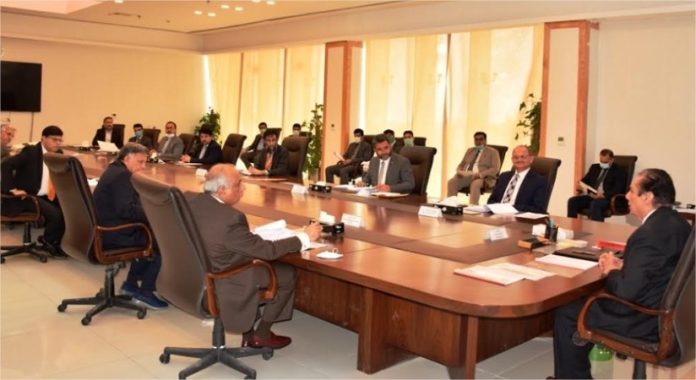 ISLAMABAD, JUNE 16 (DNA) – Justice Javed Iqbal, Chairman NAB chaired a meeting to review NAB’s awareness and Prevention Policy at NAB headquarters. He has said that NAB’s Awareness and Prevention Strategy was appreciated by World Economic Forum and Transparency International Pakistan besides other reputed national organizations in order to aware people through media about the ill effects of corruption which is remarkable achievement.

NAB will continue its effective Awareness and Prevention campaign with more dedication, devotion and commitment in future.

The Chairman NAB said that NAB is mandated to carry out Awareness and Prevention functions against corruption in pursuance of Section 33C of National Accountability Ordinance (NAO).

Under NAB’s Awareness and Prevention effective campaign across the country, NAB has been engaging different Governmental, Non-Governmental Organizations, media, Civil Society and other segments of society in order to aware people about the ill effects of corruption.

He said as per excellent feedback received and appreciation of reputed national and international organizations, various segments of society, NAB’s Awareness campaign on “NAB’s Faith-Corruption free Pakistan” had been effectively highlighted in print, electronic and social media throughout the country. He said that the present management of NAB has taken various measures including effective Awareness and Prevention Campaign to aware people about the ill effects of corruption. The detail is as under:-

The Chairman NAB said that Besides, Awareness Campaign, NAB has established approximately 20 Prevention Committee in order to indentify and to plug the loopholes in consultation with relevant Ministries. He said that logical conclusion of mega corruption cases in the top most priority of NAB. NAB has geared up to perform its national duty by adopting “Accountability for All” policy in order to eradicate corruption from the country.

He said that joint efforts of all stakeholders could have made such efforts more effective nation-wide in order to aware all walks of people about the ill effects of corruption especially to students in Universities/Colleges at an early age.=DNA