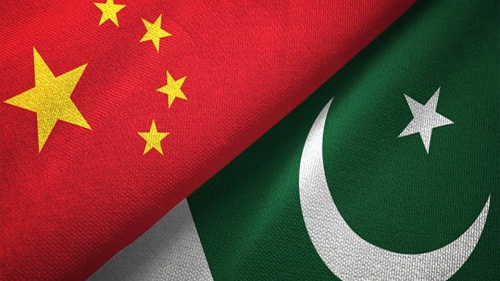 BEIJING, Oct 18 /DNA/ – China will actively build a new development pattern with domestic circulation as the mainstay and the domestic and international circulations to promote each other,” said Zhao Chenxin, vice chairman of the National Development and Reform Commission and member of the commission’s CPC leadership group.

China’s major strategic decision to accelerate the fostering of a double development dynamic doesn’t mean it wants to scale back from globalization, and some understandings that China is seeking to become a self-sufficient economy is a misinterpretation, Zhao told a press conference on the sidelines of the ongoing 20th National Congress of the Communist Party of China, according to Gwadar Pro on Tuesday.

While answering question from Bloomberg News on how China will reduce its dependence on foreign imports including iron ore, crude oil, natural gas and soybeans and achieve a more self-sustained economy, Zhao said China has made better use of domestic and international markets and resources since reform and opening-up began in the late 1970s.

China has cultivated new advantages for participating in international competition and cooperation, and created favorable condition for the construction of market economy, and the improvement of comprehensive national strength.

China is already deeply interdependent with many other countries, and domestic and external demand are mutually dependent, added Zhao.

“In today’s world where economic globalization has become an irreversible trend, no country can develop itself by keeping its doors closed. China resolves to open wider at a high standard and determined to share development opportunities with the rest of the world,” Zhao said.

For some time, economic globalization has faced headwinds and countercurrents. Some countries attempt to decouple with others, sever supply chains and build “a small yard with high fences”. However, we believe that the global economy will never become compartmentalized and mutually exclusive, he said.

“Economic globalization is a response to development of productivity and represents an unstoppable historical trend. China will stay committed to deepening reform and further opening up, uphold true multilateralism, and contributed to an economic globalization that is more open, inclusive, balanced and beneficial for all,” Zhao added.