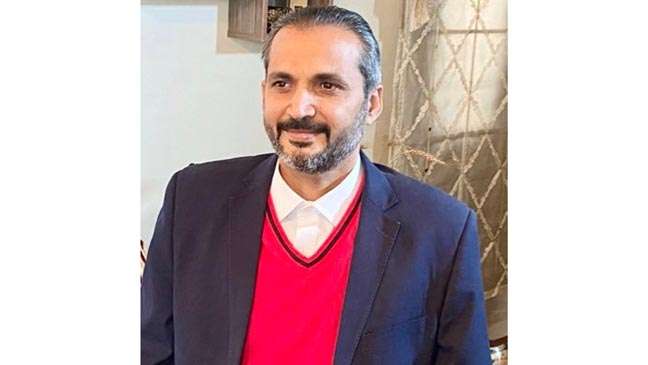 The role of Pakistan Army in combating terrorism and other security issues faced to the country for the last three decades is evident from every inch of the soil. The current peace perspective is witness to it. Undoubtedly, it was not possible without the continued and popular support of our successive governments. Though the operation, Zarb-e-Azb was launched during the tenure of General Raheel Shareef, his successor Gen. Qamar Javed Bajwa made it a long-lasting success through his institution’s combined endeavors. Gen Bajwa, who is on way to complete his term as the army chief, assumed this office 6 years ago. During his tenure, he led Pakistan to fight at many fronts including terrorism, hybrid warfare and secure the CPEC.

Thus, it is right time to analysis his tenure in the context of security challenges. It will help to understand his contribution to secure the interests of the country or how his programs can be further refined or is there any shortcoming in his policies. Although, there is a long list of interventions, but I will focus on four most important interventions.

First, Pakistan Army under his command launched a comprehensive anti-terrorism operation with the name of Radd-ul-Fasaad. It is intelligence-based operation, which is going since 2017. Pakistan Army and law enforcement agencies are working hand in hand and in close collaboration with common citizens.Major elements of the program are,right of the use of power rests with the State, securing the western frontiers under WBMR, eliminationsafe heavens of terrorists, ending of violent extremism, and welfare initiatives in terror-hit areas.

Military and LEA conducted over 3 lakh IBOs operation, confiscated illegal weapons and ammunition. Army also captured a decent number of terrorist and ensured the conviction of terrorists. It was estimated that conviction rate of the terrorists was 70%. Pakistan Army also trained almost 40 thousand police official to enhance their capacity in fight against terrorism. The operation created a sense of security among the citizens. Better security environment also helped to build the trust of international community, especially of investors and businessmen. It helped to attract foreign direct investment, which was direly needed at that time.

Second, army started to build capacity and capabilities to fight theFifth Generation Warfare (FGW) or hybrid warfare (HWF). First stage was to put in place infrastructure to counter the hostile elements of FGW/HWF. Second, stage was to train human resource to effectively take lead in the fight. Third stage was to deploy the resources and make human resource familiar with ground realities and engage in real-time fight. It was required, rather urgently required, because Pakistan was/is one of the worst victims of FGW/HWF. The enemies of Pakistan have unleashed the all-around cyber ware and sabotage activities against Pakistan. Launch of China-Pakistan Economic Corridor (CPEC) further antagonized the opponents and enemies of Pakistan and China. Thus, they accelerated the propaganda, cyber war and sabotage activities. Fortunately, Pakistan was able to counter the propaganda and cyber warfare due to well-placed and functional system of FGW/HWF.

Third, sudden withdrawal of US forces from Afghanistan created a difficult situation for the region. Pakistan being frontline ally was put at greater risk. The enemies and opponents of Pakistan considered it a good opportunity to create law and order situation in Pakistan. It was propagated by them that a new wave of terrorism will engulf Pakistan. However, timely measures and well-functional anti-terrorism system and initiatives like Radd-ul-Fasaadhelped Pakistan to control the situation. In addition to that fencing of 2600Km border with Afghanistan (which was completed by Pakistan armed forces in 4-years) also helped to control the free movement of terrorist across the border. Although, Pakistan witnessed some incidents of terrorism, but at large situation remained under control. Now Pakistan is trying to further strengthen the mechanisms of anti-terrorism in accordance with new needs and requirement.

Fourth, Pakistan armed forces also played a leading role in the implementation of National Action Plan. Armed forces implemented all actions (9 actions), which were assigned to them. Army also played a leading role to strengthen mechanisms of de-radicalization.  Paigham e Pakistan is another excellent initiative, which helped to bring down the radicalization.

Fifth, CPEC is huge program, which can transform the economic and social landscape of Pakistan. It brought enormous investment to Pakistan, at a time when Pakistan strangled in multiple problems and our friends, especially allies of war terror left us. Rather, they were running campaigns against investment in Pakistan. In this context, China invested in Pakistan. It was bad news for the opponents of Pakistan, and they launched numerous programs/actions to sabotage CPEC. Pakistan armed forces, by realizing the importance of CPEC and security needs stepped forward and erected a comprehensive framework of security. Owning to security framework, armed forces and LEA successfully defended the CPEC related investment during the first phase of CPEC.

Despite, such huge success, there are certain areas, which further need to be refined. Thus, the new leadership will have to focused attention on those areas. For example, now CPEC has entered second phase, which is entirely different from first phase of CPEC. Thus, there is need to refine the security framework according to needs of second phase of CPEC. Moreover, global dynamics are also changing very fast, and many major players are not in favor of CPEC. Russia-Ukraine crisis is further worsening the situation. USA departure from Afghanistan is also aggravating the regional situation. In this context, there is need to redefine the security arrangements for CPEC.