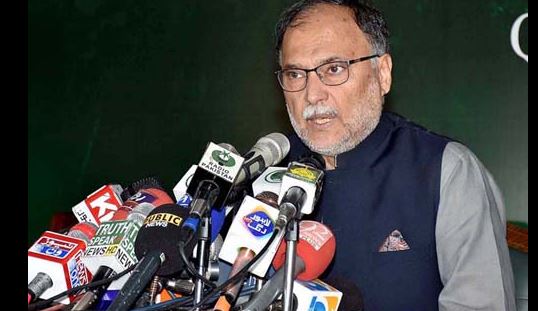 ISLAMABAD, June 5 (DNA): Chinese industrial relocation possible only with completion of nine CPEC Special Economic Zones, Gwadar Pro reported quoting Federal Minister for Planning, Development and Special Initiatives Ahsan Iqbal.
The Minister regretted that work on the CPEC SEZs was slow and they could not be completed on time.
“There has been little work on the projects of CPEC in recent years. The work on 9 SEZs of CPEC was to be completed by 2020 but not a single SEZ has been completed, “he contended.
He stressed that the Chinese industrial relocation was possible only with the completion of these 9 CPEC SEZs, “which did not happen.”
Iqbal emphasized that the Chinese government was more interested in the Hattar SEZ project, but the Khyber Pakhtunkhwa provincial government decided to transfer the project to Rashakai SEZ.
“Now the government is trying to include Hattar SEZ also (for early completion),” he remarked.