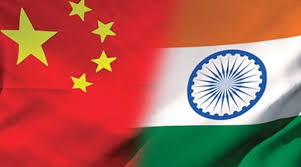 He said  ” India, Pakistan, and Bangladesh, three of the most populous countries in South Asia with a population of 1.7 billion and a very high population density of 450, 256, and 1,265 people per square kilometer respectively mean that the COVID-19 virus will spread faster and broader than anywhere else.

While China is working closely with the international community to fight the pandemic, India, also a major country in the world, should join the efforts to curb the spread of the pandemic.

However, the way that Indians perceive things is very confusing. In this critical time when all mankind faces the pandemic crisis jointly, India on the contrary chooses to be offensive, causing troubles to its neighbors.

In the west, it provokes military conflicts against Pakistan; in the north, it has encroached on the territory of China and Nepal, stirring unrest in the whole region.

Although the border issue between China and India has not been resolved by far, peace and stability in the border areas have generally been maintained over the past decades thanks to the joint efforts of both sides.

The so-called ” the Union Territory of Ladakh ” is subject to China’s territory. The Indians, tending to play smart, have always misjudged the situation and encroached on China’s territory when China is in the middle of some troubles, which has resulted in military stand-offs in the border areas from time to time.

Recently, China has sought to resolve some problems on the international arena. Deceiving itself as the righteous one, India has dispatched troops to Galwan Valley in the western section of the Sino-Indian border to carry out illegal activities, and by establishing a bridgehead, intends to move northward and occupy more China’s territory.

The most serious military confrontation between China and India since the 1970s took place on June 15. After the military stand-off in Galwan Valley, which began in early May, China and India held a meeting on June 6 at the level of corps commanders and reached “important consensus”.

I reckon that the meeting basically dispelled people’s concerns about the trend of Sino-Indian relations and the unexpected events along the border.

However, now it seems India has no intention to solve military confrontation through the military meeting. On the contrary, India seeks to consolidate its illegal occupation in the Galwan Valley through the meeting.

On June 15, Indian troops seriously violated the consensus reached by both sides by illegally crossing the line of actual control and carrying out provocative attacks on Chinese troops, which resulted in a severe physical confrontation between the border forces of both sides.

China has made solemn protests and serious negotiations with India on this issue, and once again demanded that India strictly restrain the front-line forces in accordance with the spirit of the consensus, and not to cross the line of actual control to carry out illegal activities, provoke troubles, and take any unilateral actions that may lead to the complexity of the border situation.

China and India have agreed to continue to resolve relevant issues through dialogue and consultation and make efforts to ease the situation and maintain peace and tranquility in the border area.

Here, I would like to make it clear to India that China will not give up even an inch of its territory. In the early 1960s, even when China was in a very difficult situation both at home and abroad, we were able to fight back against the Indian troops who invaded China’s territory.

Given that China has become the world’s second-largest economy, while India’s national strength is less than 1/5 of that of China, India should better abandon the thought that China could give in on the territorial issue as a result of its tensions with the United States.

That is sheer wishful thinking. All Chinese people are desperate to defend their territory from invasion.

At present, there is only one way to solve the military confrontation peacefully, which is, the Indian troops go back to where they have come from.