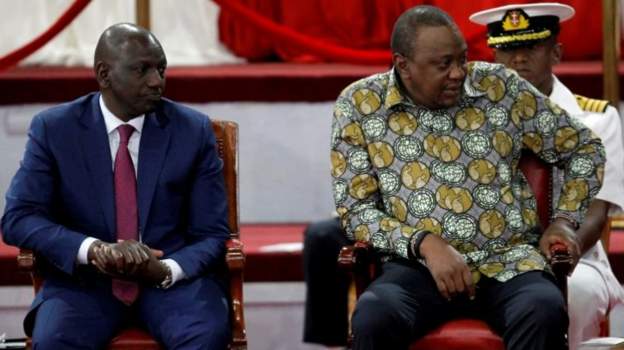 NAIROBI, JUNE 19 : Kenyan President Uhuru Kenyatta has refused to rule out the possibility that the position of Prime Minister may be created in an upcoming referendum as a way to see him retain power past the mandated two-term presidential limit.

He however was categorical that he would not stay on as president beyond two terms, saying the constitution and the people of Kenya were very clear about that.

“Kenyans are very clear about the two term limit since 2002, when it came into effect. No president has broken that. And I have no intention of being the first,” he said.

The president said Kenya would hold a referendum soon to, according to him, “change parts of the constitution that would periodically need amendments, a fact that even its creators acknowledged”.

He also addressed concerns about the free trade deal being negotiated between Kenya and the US, saying it would be a negotiation of equals despite the different economic and political power of the two countries.

A host of civil society organisations, who maintain that the trade deal will be a disaster for the Kenyan economy, tweeted their opposition under the hashtag #NoToKenyaUSFTA.

Mr Kenyatta also had a message for those holding Black Lives Matter protests in the US and across the world: “All lives matter, but there should not be any targeted oppression of any group in society.”