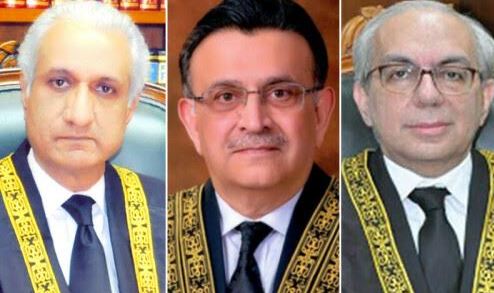 ISLAMABAD: Chief Justice of Pakistan (CJP) will announce the verdict for the Punjab chief minister’s election case shortly — after the top judge previously said that the judgement would be issued at 5:45pm and later it was scheduled to be announced at 7:30pm.

The proceedings went on for three days — Saturday, Monday, and Tuesday — as lawyers from all the parties presented their arguments.

Pervez Elahi, who had been defeated by Hamza Shahbaz on July 22 after 10 PML-Q votes were rejected by Deputy Speaker Punjab Assembly Dost Mazari, had challenged the deputy speaker’s ruling in the SC.