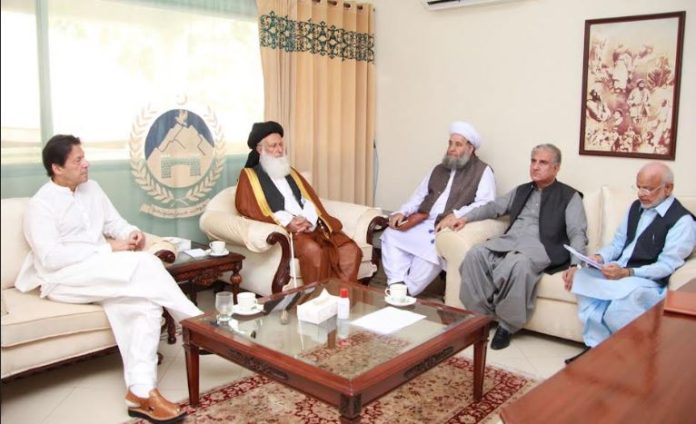 ISLAMABAD: Pakistan Tehreek-e-Insaf (PTI) Central Secretary Information Farrukh Habib said that the ‘gang of corrupts’ was hell-bent to paralyze Pakistan economically and to make life of all and sundry a hell through flawed economic policies and wrong priorities.Reacting to Information Minister Maryam Aurangzeb’s press conference, Farrukh Habib said that the imported government badly exposed during a short span of two months, as the gang of corrupts snatched all facilities from the people.

He said that the imported government created a cost-of-living crisis in the country, as prices of daily used items skyrocketed, because a flour beg was selling at Rs. 1300 in the market but the imported ministers were trying to mislead the people by presenting a rosy picture.Farrukh Habib said that the imported government destroyed the economy of the country, as stock market was crashing, rupee was depreciating and inflation was on the horizon because they did not have the courage to take bold decisions to safeguard the interest of the country and its people.He stated that the gang of corrupts cannot purchase cheap oil from’ Russia, fearing it might invite wrath of their masters which they cannot afford. He said that time ripe to get rid the country of this gang of thieves and to hold early elections in the country, which he said was the only solution to the prevailing untold problems currently facing the country.Farrukh Habib stated that the PTI well-performing government to dislodge with the mantra that the new imported government would resolve public issues forthwith but contrary to that they increased the public’s woes manifolds.The gravity of the situation warranted that the important directionless government left with no choice to stay in power anymore because they neither aptitude nor the will to address the unfolding crises in the country, because they had other priorities, he added.Farrukh Habib said that the people rejected the corrupt junta; hence elections were needed to be held sans any further delay because only Imran Khan had the vision and policy of putting the economy back on the track and ensuring political stability in the country.