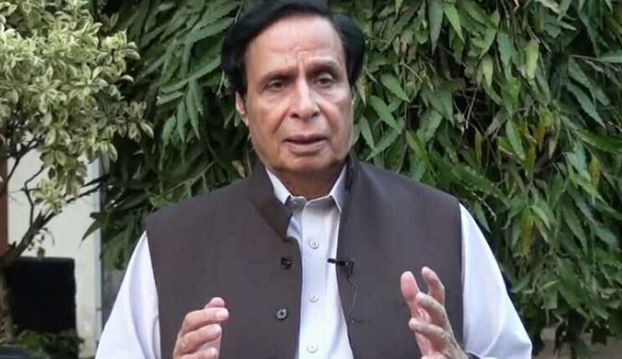 LAHORE: Chief Minister Punjab Chaudhry Parvez Elahi Friday censured Prime Minister Shehbaz Sharif for “crossing the limits of animosity” against Punjab and expressed concerns about the state of agriculture in the province.

“Shehbaz has resorted to cruelty against cultivators and farmers. Obstacles are being created to hinder the completion of the Greater Thal Canal in animosity against Punjab,” the chief minister said in a statement.

“If the contract of the project is not signed by December 13, then its agreement will automatically end,” CM Elahi said, adding that the project was approved by the Executive Committee of the National Economic Council (ECNEC).

He added that the last date for signing the Asian Development Bank’s (ADB) agreement is December 13, 2022, and deplored the lack of progress on the matter from the Centre.

“In the ECNEC meeting, Punjab addressed Sindh’s objections with statistics. Construction, repair, and rehabilitation were also to be done during the first phase of the Greater Thal Canal.”

“With the completion of the project’s phase two, water will be available for 0.6 million acres of land,” the chief minister said, adding that the canal’s water would be only dedicated to Punjab’s portion.

CM Elahi said that water was allocated under the name of the Greater Thal Canal according to the 1991 Water Agreement, under which the Kacchi Canal project got constructed for Balochistan while the Rainee Canal Project got built for Sindh.

He added that the Chashma Right Canal project was approved for Khyber Pakhtunkhwa.

“The Greater Thal Canal project has been on hold since 2007. It was restored by the Pakistan Tehreek-e-Insaf government which arranged for its funds. However, ADB’s agreement is yet to be signed in order to acquire a loan for the project,” the chief minister said.

He added that all projects related to flood rehabilitation were included in the ECNEC meeting, but not a single project from Punjab was discussed.

CM Elahi also spoke about not receiving a single penny for the province’s flood victims and hurled corruption allegations against him.