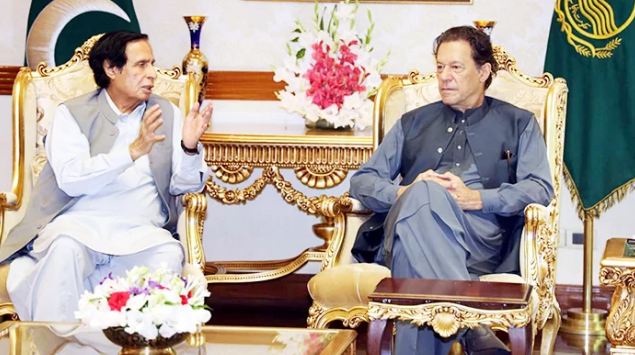 LAHORE, DEC 23:Chief Minister Parvez Elahi said Friday that the Punjab Assembly will be dissolved in line with Pakistan Tehreek-e-Insaf (PTI) Chairman Imran Khan’s directives, moments after he assured a high court that he would not disband the legislative.

Earlier today, the Lahore High Court restored Elahi as the chief minister following an undertaking submitted by him stating that he would not dissolve the legislative.

“The decision to dissolve the assemblies is final; Imran Khan’s decision will be implemented,” the chief minister said in a tweet.

CM Elahi said that the “imported government” was running from elections, but the Punjab government will ensure that it is “presented in the people’s court”.

Before Elahi, PTI Senior Vice-President Fawad Chaudhry insisted that provincial assemblies will be dissolved “in any case”.

The court restored Parvez Elahi, the provincial cabinet, and also did not make it mandatory for the chief minister to take a vote of confidence on Punjab Governor Baligh-ur-Rehman’s orders.

Fawad said the court has proved today that the PTI’s stance was the right, and it nullified the governor’s notification to remove Elahi. “The governor will be summoned to Punjab Assembly for questioning about the notification.”

Fawad, who was information minister in the previous government,  also said that Elahi was ready to take the vote of confidence and that maybe he would ask the speaker to summon a session in this regard within a week. “Our only demand was that the session takes place once our lawmakers, who are abroad, return.”

The senior PTI leader added that Punjab Assembly Speaker Sibtain Khan would write a letter to President Arif Alvi for the removal of Rehman.

The LHC wanted an undertaking from Elahi that he would not dissolve the assembly as if he would resort to the move, it could deepen the ongoing political turmoil in the province.

The court took two breaks — of 10 minutes and an hour — and asked Elahi’s counsel Barrister Ali Zafar to consult his client about the undertaking.

Following the assurance of not dissolving from the PML-Q leader, the court reinstated him as the chief minister. The LHC also issued notices to all the parties in the case and summoned them on January 11.

The court also did not make it compulsory for the chief minister to take a vote of confidence on the Punjab governor’s orders.

The resolution mentioned that the “imported government” in the centre has “attacked” Punjab and an attempt is also being made to destabilise the province.

In response to the resolution, the chief minister said it holds “importance” and in light of it, he called on the president to take action against the governor for “misconduct”.

“He should be immediately removed from his position.”

The political crisis in Punjab does not seem to be ceased soon as lawmakers sitting on treasury and opposition benches appeared at loggerheads over who will get the CM’s Office and who will take it over next.

But Punjab Assembly Speaker Muhammad Sibtain Khan Punjab — a PTI leader — termed the order against the Constitution and adjourned an ongoing session till Friday — which resumed today.

Following this, in a notification issued in the wee hours of Friday, the governor de-notified Elahi as the chief minister, citing his reluctance to take a vote of confidence.

But the PTI and the PML-Q alike rejected the notification and moved the Lahore High Court against it.