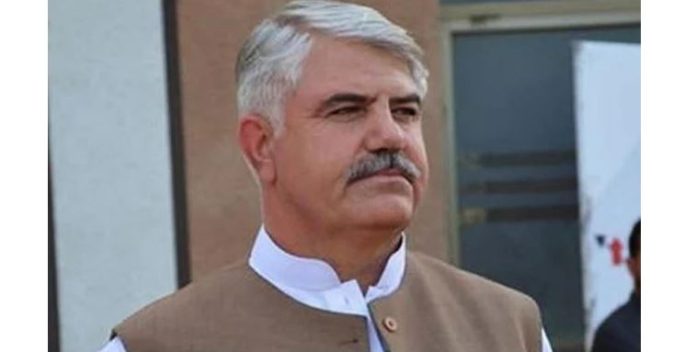 From Our Correspondent
PESHAWAR /DNA/ – A meeting to review administrative affairs, financial matters and performance of Urban Area Development Authorities (UADAs) was held here on Monday with Chief Minister Khyber Pakhtunkhwa Mahmood Khan in the chair.  Secretary local government Zaheer ul Islam, Focal Person to CM Muhammad Khaliq, Project Directors of UADAs and other relevant officials attended the meeting. The meeting was given a detail briefing about composition of UADA board, its functions and powers, and decisions so far taken by the board. The meeting was told that under the UADA Act 2020 different committees had been constituted including auction committee, general rules committee, audit, finance and budget committee and human resource committee. It was further told that auction regulations had been framed for Urban Areas Development Authorities while service regulations were in process. The chief minister, on the occasion, directed the quarters concerned to take concrete steps so as to achieve the purpose for which these authorities were formed and to ensure provision of civic facilities to housing societies established under the Urban Development Authorities. He further directed them to initiate a project for provision of sports facilities in the housing societies where needed. The chief minister while stressing the need of financial independence of Urban Area Development Authorities directed the relevant authorities to work out a business model for these authorities and reflect a project for centralize consultancy in this regard. The participants were informed that since the establishment of Urban Development Authorities various matters including approval of building plans had been streamlined.