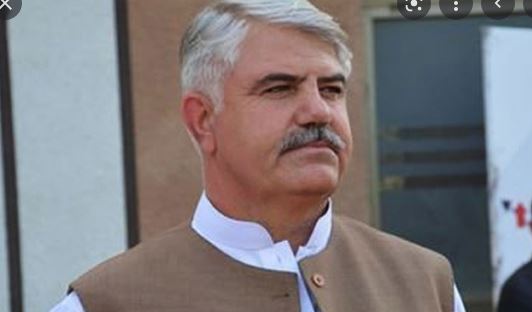 PESHAWAR / DNA / SEP 11: Chief Minister Khyber Pakhtunkhwa Mahmood Khan has said that promotion of sports culture and tourism in the province is one of the prime objectives of the incumbent government adding that development of this sector will not only promote healthy activities but will also contribute significantly to the provincial exchequer. According to details, a total of 124 projects including 90 ongoing and 34 new, worth around Rs.19.5 billion have been reflected in the current Provincial Annual Development Program (ADP) in Sports, Tourism, Youth Affairs, Archeology and Culture sector. These projects also include various development schemes of newly merged districts worth Rs. 2.5 billion. As many as 38 projects will be completed during the current financial year with the aim to provide modern Sports and Tourism facilities to the people of the province.

In a statement issued here from Chief Minister’s Secretariat, Mahmood Khan said that as per the vision of Chairman PTI Imran Khan result oriented steps are being taken to promote Tourism and Sports sector on modern lines in the Khyber Pakhtunkhwa. New projects for the construction of Sports Complexes in Chitral, Lower Dir, Hangu and Abbottabad have been included in the current ADP alongside the rehabilitation and improvement of existing sports facilities across the province.

The Chief Minister stated that various projects worth billions of rupees are part of the current ADP so as to boost the tourism potential of the province.

Touching upon the government’s initiatives during last four years in Sports and Tourism sectors, Mahmood Khan said that the incumbent provincial government established first of its kind Khyber Pakhtunkhwa Culture & Tourism Authority to promote Tourism at international level and project the positive image of the country and province. Besides three new development authorities (Kalash, Kumrat and Upper Swat) have also been setup. Moreover, for the first time in the history of province Tourism Police have been launched for the protection and security of tourists. He remarked that the rehabilitation and construction of roads in the tourists spots of Malakand and Hazara region are also underway while at different tourist spots camping pods have been installed for the facilitation of tourists. Similarly, a project for the establishment of four Integrated Tourism Zones in Malakand and Hazara division has been incepted which on completion would boost tourism related activities in the province. Besides the provision of facilities at existing tourists spots discovery and development of new places is also underway.

Mahmood Khan said that likewise the tourism sector steps have also been taken in the sports sector so as to provide state of the art facilities to youth and train them to compete at international level. After the establishment of playgrounds at district and tehsil level another project has also been initiated for establishing sports facilities at union council level. For the first time in the history of province, the incumbent provincial government is going to establish an international standard Cricket Stadium at Kalam which will have extended playing season.